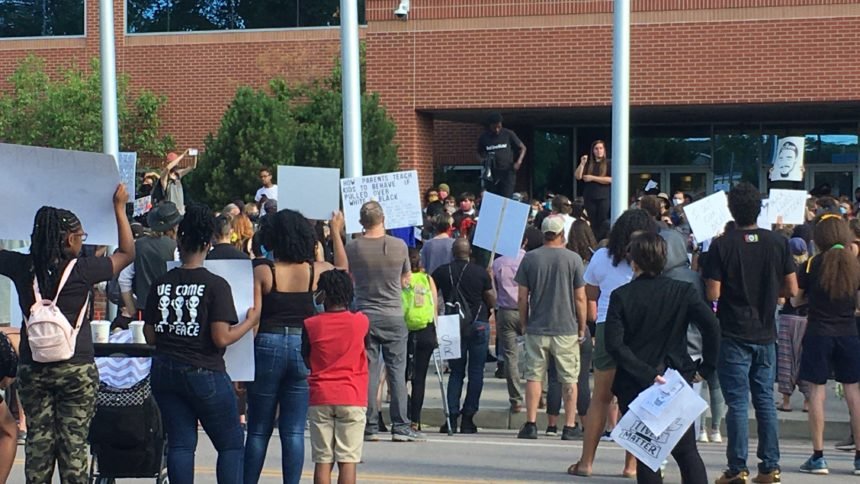 In the wake of protests following the George Floyd's death in Minneapolis - we spoke with Colorado Springs Police Chief Vince Niski on the ongoing protests and call for police reform in Colorado - and how they may impact the future of their department.

Do you anticipate the recent events in Minneapolis deterring people from applying for CSPD's upcoming academy?

Chief Vincent Niski: "There’ll be some hesitation from minorities to apply for the police department, not just here but across the country - based on what’s happened across the country, because of the George Floyd incident”.

Why do you think minority communities are more likely to be deterred from joining?

There have been talks of defunding police departments nationwide. Are you afraid of that happening here in Colorado Springs?

Niski: “Defund -- I've heard the word used a lot. What does that mean? Does that mean to get rid of all funding for law enforcement so next year there won’t be a police department in Colorado Springs? I can’t see that happening."

Do you think Colorado's new sweeping police accountability bill will impact the academy's next applicant pool?

Niski: “I do think a lot of the things that have gone on around the country could impact our applicant pool. I think it's going to be incumbent upon our department to explain to people why law enforcement is still an honorable profession. I don’t think people should look at the actions of a few to reflect on law enforcement across the country or across the world. A man lost his life, horrifically. So I know there is a lot more passion behind it. I just hope people don’t judge our department from the actions of just a couple, I don’t think that’s fair.”

If made into law, will this new bill impact how CSPD officers do their jobs?

Do you think there is a way to vet out the "bad apples" from getting through the academy selection process?

How have your officers been handling the criticism police have been under since the death of George Floyd?

Niski: "Because of the actions of 2,000 miles away, now you’re being lumped into a group of racists, and I think that’s hard for them to take."

What are your plans for building trust between the community and CSPD moving forward?

Niski: “What I’m really looking to do is create a group of leaders that we can explain what we do so they can take that information out to their communities. We're also improving our website so data like use of force data, our officer involved shooting data, our stop data - is more accessible to the community.”