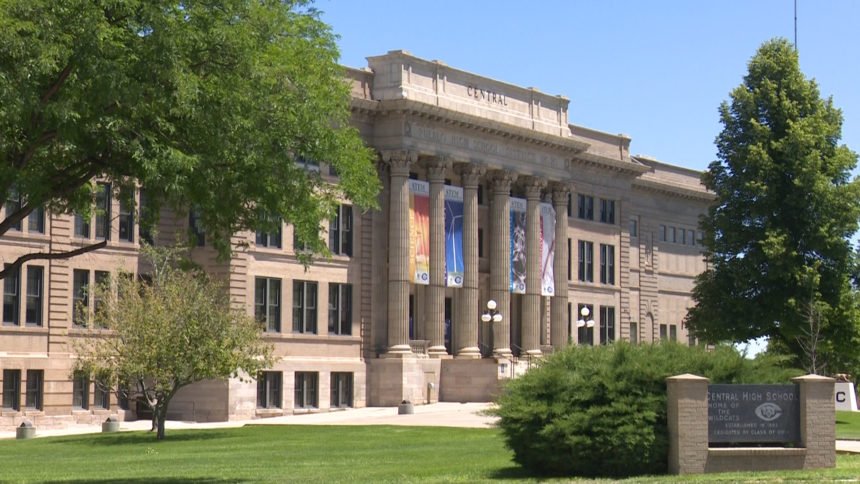 Spanish class will look a lot different at Pueblo's Central High School starting next year. Last April, Pueblo School District 60 and administrators at Pueblo Central decided to transition all Spanish language courses from the classroom to an online platform.

A number of parents, alumni and students are dismayed by the district’s decision and the school administration's decision.

The newly formed group, 'Save the Spanish Program at Pueblo Central High School,' points out that the populations in Pueblo and Central High School are both predominately Hispanic. They believe the decision to move all Spanish language courses to an online platform is essentially the district turning its backs on Pueblo’s heritage.

“Not in Pueblo. How can this be happening?” said Gloria Gutierrez, a Pueblo Central alum and one of the main organizers of 'Save the Spanish Program.'

So far the group has gathered twice in as many weeks, protesting the decision in front of the school and district building.

“Our students have to have pride in their culture and language," said Gutierrez. "This is a tradition that’s been happening at Central for more than 60 years. Why now?”

In a statement to KRDO, District 60 didn't provide an exact reason on why the school is moving towards online classes only for Spanish. However, the district alludes to concerns over significant budget cuts.

"Pueblo School District 60 values all foreign language programs in our high schools and understands the concern of the community," said D60 spokesperson Dalton Sprouse in a statement to KRDO. "We are committed to continuing to offer Spanish at Central. However, the program is being transitioned to a digital learning platform. Each year, our school leaders are tasked with making very difficult decisions regarding program offerings and none of them are taken lightly."

However, current and former students believe this decision doesn’t appear equitable. They claim there are fewer students and less interest in other language courses like French and Italian, yet those classes appear to remain unchanged.

"[If it wasn't for my Spanish teacher] I wouldn't have graduated," said Tazia Carrillo, a 2020 Pueblo Central High School graduate. "I took an online Spanish class before and I didn't retain anything, and she retaught me both of the years."

The 'Save the Spanish Program' feared the Chicano studies courses would be cut or transitioned to an online platform as well. D60 said in a statement, "the Chicano Studies Program at Central was never presented for changes in the coming school year."