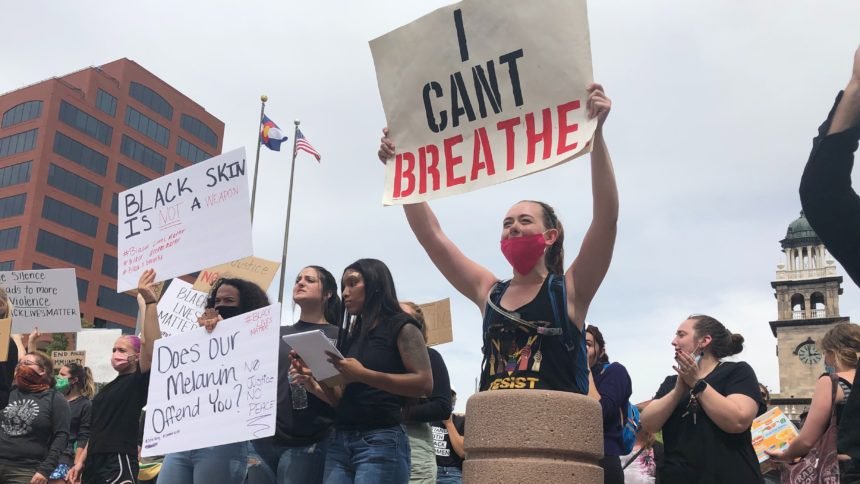 COLORADO SPRINGS, Colo. (KRDO) - People gathered in downtown Colorado Springs for the sixth consecutive day Thursday to protest against police brutality in honor of George Floyd, who was killed in Minneapolis.

KRDO reporter Julia Donovan asked protesters what change they want to come of the demonstrations here, and all across the country, over the last week.

"I want the police brutality to stop and I want everybody to be treated equal," said David Burke.

Some of the people said they think the change needs to come from the top, down.

"The entire system needs a complete overhaul and it needs to be more focused on - even in our prisons - rehabilitation instead of violence," protester Alayna Tamez argued. "We need laws that are strictly against brutality. Because if they're here to protect us, then we need to feel protected, and there doesn't need to be this distrust between the citizens and the police officers."

Others said they just want lawmakers to start the conversation, and plan legislation -- which we're already seeing in our State House of Representatives and Senate.

"I think now is the time to really carry this momentum and bring it into politics -- bring our voice back into politics," said Ayiana Tomrdle.

Above all, the protesters told us they just want people to know this is about more than signs and chanting.

Follow KRDO reporter Chase Golightly as he covers the nighttime side of the protests Thursday: