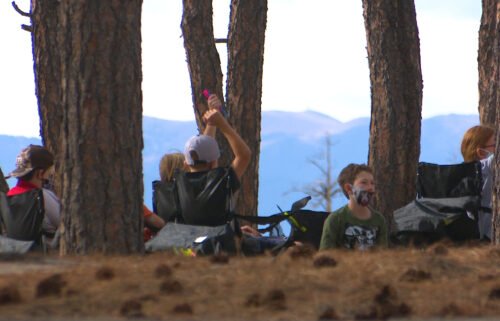 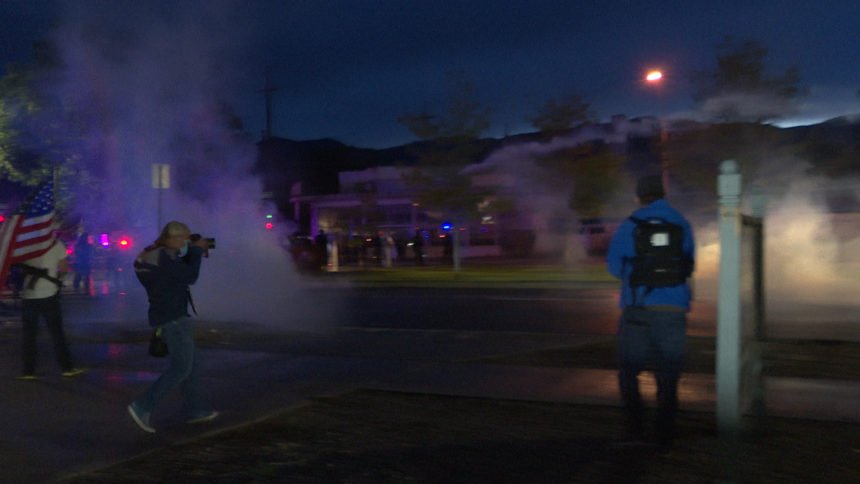 KRDO crews spoke with Colorado Springs Police Chief Vince Niski at a press conference Tuesday. He apologized to the community for not appearing in person and making a public statement on the protests sooner.

"That wasn't planned," Niski said. "We were asked for a statement (Sunday night). Sgt. (Olav) Chaney was communicating with the organizer of the event. I gave the statement to Sgt. Chaney to give to the organizer. The goal was to have the organizer read it to the crowd. Sgt. Chaney -- I'm not sure why, and it doesn't really matter -- read it himself. I don't blame him. Quite honestly, in hindsight, I probably should have been the one to go out there and read it that evening, but there was so much going on."

The police chief also encouraged the peaceful protests that have been seen around the city during the day, but said the violence that occurs at night needs to end -- pointing out how protestors threw large rocks and bottles at officers and at the police station Saturday night.

"There also were large explosive fireworks set off, and one night we had shots fired at one of our armored vehicles," he said. "We saw where a shot stuck it. If there hadn't been bulletproof glass there, I don't know if anyone inside would have been hurt. That's unacceptable."

Niski said Saturday night was by far the most violent night since the protests over police brutality and the death of George Floyd in Minneapolis began. He said police responded to the violence by using tear gas and rubber bullets to disperse the crowd and arresting nearly 40 people.

Sunday and Monday were far less violent, Niski said, but officers still needed to disperse the crowd when things got out of hand past midnight. They arrested approximately nine people Sunday night.

"My job is to protect protesters who are exercising their rights," he said. "And to keep protests from getting out of hand, hurting people and damaging property. I don't think my delay in speaking led to violence, but I think it affected the ability of protesters to have their voices heard."

In the statement read Sunday, Niski said he wouldn't stand in judgment of another law enforcement agency based solely on video of an incident -- particularly after some of his officers were cleared of wrongdoing in the shooting death of suspect De'Von Bailey, 19, last summer.

Colorado Springs police received strong public criticism for the incident, but Niski said it was different from the Floyd incident and he changed his mind about condemning it at Tuesday's news conference.

"In my 31-year law enforcement career, I can tell you that what I saw in the (Floyd) video was not only tragic, it was wrong, unjustified and was not in service to the people those officers swore to protect. I can tell you that is not how we train our officers. That is not what we stand for. That is not who we are. If something like that happened here and I felt that criminal charges were warranted, I would ask the district attorney's office to pursue them."

Niski said it's disheartening to realize that some citizens fear police officers, and he tried to reassure those citizens.

"As a white male, I cannot fully understand your experiences as a person of color, nor the deep pain and distrust that some feel during their interactions with law enforcement," he said. "What I can assure you, is my officers' interactions with you are not based on color, social status or religious affiliation. They're based on the law."

More communication between police and citizens are needed, Niski said, to eliminate that fear.

"That process started later than it should have after the Bailey shooting, but it's underway and we're making progress," he said.

The chief said he supports officers who kneeled with protesters during Monday's demonstrations.

"What they were really doing was trying to build a relationship with members of their community," he said. "If you're looking at them taking a knee as admitting there's widespread police brutality to minorities, that's not their message."

Niski was asked several times if he would consider marching with protesters as the police chiefs of Denver and Pueblo have done.

"I'm reluctant to do that," he said. "I don't know what message that would send. Doing that didn't end the protests in those cities and it probably wouldn't end them here. We're already doing our job by protecting the protesters."

Niski said he and Colorado Springs Mayor John Suthers are discussing the possibility of enacting a curfew if nighttime violence during the protests doesn't end. 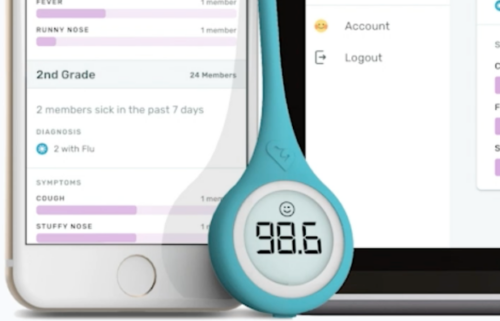 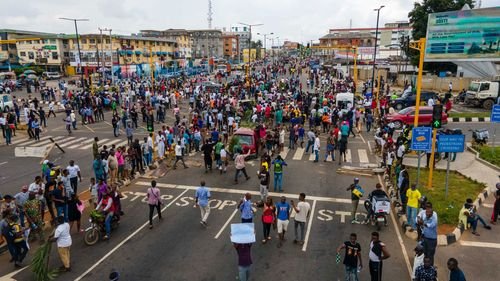