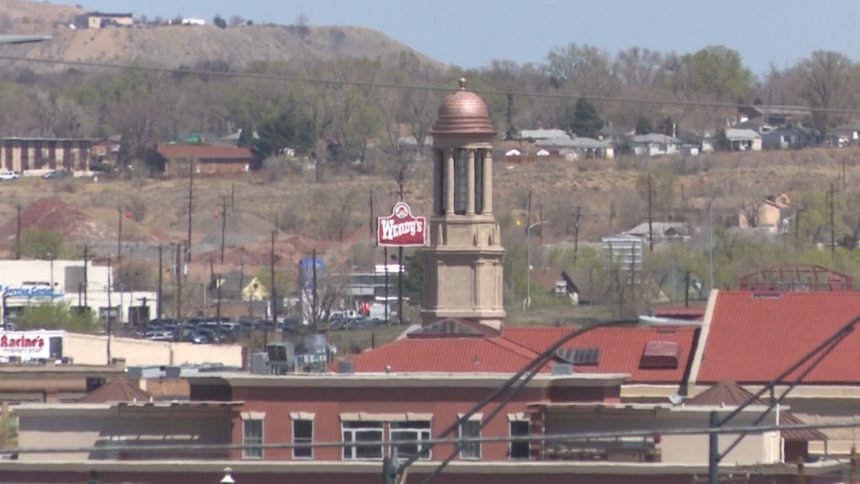 PUEBLO, Colo. (KRDO) -- Pueblo County remains determined to submit a variance request to reopen a variety of businesses despite Gov. Jared Polis' recent amendment to the Safer at Home Order.

Beginning Wednesday, the State of Colorado will reopen restaurants state-wide at 50% capacity with no more than 50 people being served at a time.

A draft of a variance request was read by Pueblo County Health Director Randy Evetts at a Pueblo County work session Tuesday morning.

According to the draft read by the Pueblo County Health Director, each type of business would be required to follow a specific set of guidelines. However, for the most part, all businesses would have to adhere to social distancing, frequent disinfecting, customers must wear masks, and operate under 50% capacity.

Evetts says the variance also includes a graduation waiver. If approved by the governor's office, the Pueblo County Health Department would have the power to decide if in-person graduation ceremonies could take place, as long as the district or school's graduation plan adheres to their own standards.

If there was an increase in cases or if an amendment to the variance was needed, Evetts told Commissioners he believes it would be up to the County and city government officials to make that decision.

Despite the desire to reopen more of Pueblo's economy, concerns for the local nursing homes remain. Leslie Barnes, CEO of Parkview Medical Center, said during the meeting that if the economy opens too fast, the elderly in Pueblo could suffer for it.

Health officials say they need further approval and input from the city and county officials before submitting the variance request.

County Commissioners Garrison Ortiz and Chris Wiseman, as well as City Council President Dennis Flores called for urgency. Believing the submission of a variance request should take place by the end of this week.

Evetts believes it could take 10 days to two weeks before a decision on the variance request could be made. The Health Director says the Governor's office is currently reviewing dozens of requests.