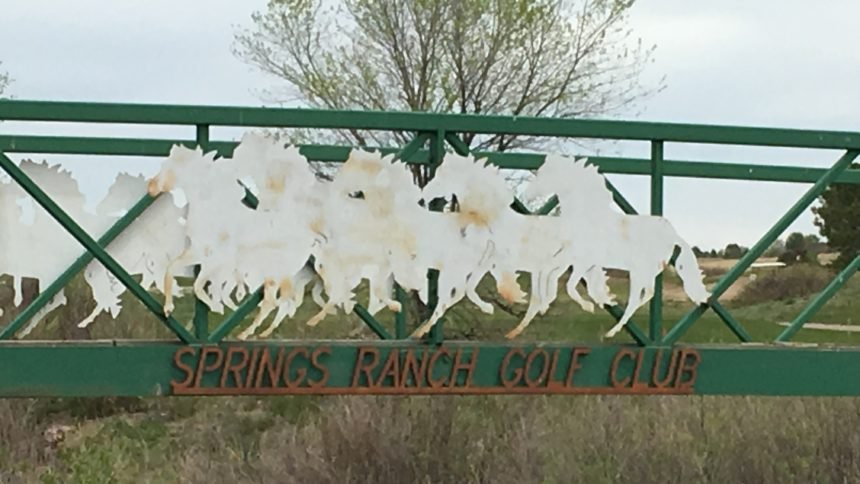 COLORADO SPRINGS, Colo. (KRDO) -- Neighbors who live along the Springs Ranch Golf Course are facing a dilemma: the golf course itself may soon be a distant memory.

The city's planning commission voted unanimously last Thursday to approve a rezoning request that would allow developers to build houses on the golf course -- a project titled Greenways at Sand Creek.

We reported on the development last year, when rumors of the project were confirmed.

But for those who paid a premium to live along a golf course, they're looking at seeing their value dwindle as the greens are replaced with streets.

According to a release from Lou Morales, the team leader of 8 of 21 homeowners' associations affected by the proposed development, the matter will now go before the City Council for final action.

Morales said that although he has mixed feelings about the planning commission's approval, he's glad that opposition to the initial plan has forced the developer, Classic Homes, to make concessions.

"We've gotten most of our demands met," he said. "The project allows for nearly 70 acres of open space after an initial proposal of about 15 acres. We still have issues [about] how the city will maintain it."

Morales also is concerned about how the development will affect traffic, wildlife, wetlands and drainage in the area.

"We need a more in-depth traffic study," he said. "Not just for this proposed project, but to include other developments as this area keeps growing."

Morales said homeowners who don't want their scenic views ruined by development will have to get used to it, if it happens.

"There's nothing to guarantee they will always have those views," he said. "That may be a hard thing to accept, but that's how it is. Most of us aren't against development. We just want it to be managed properly."

Officials at Classic Homes did not respond to KRDO's request for comment Monday.

"What I've heard is Classic wants to build between 600 and 1,000 homes and apartments," Morales said. "It'll take them 10 years to build that out. We're going to have impacts that whole time. That's why we're so concerned about the project."

The project is scheduled to come before the City Council on March 24.