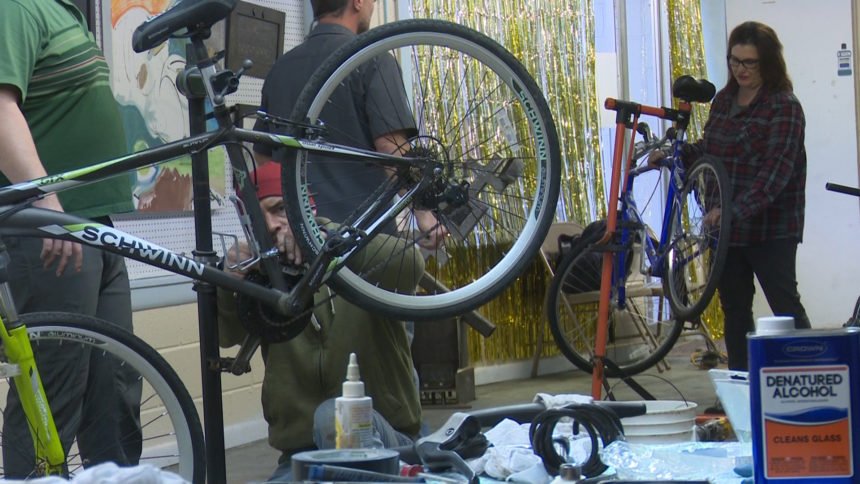 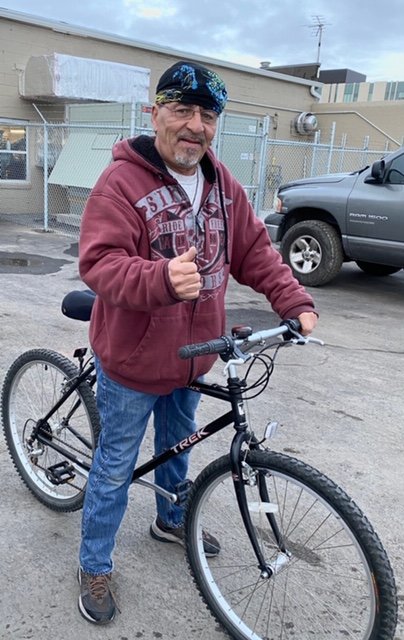 Last month, a small group of Puebloans started the 'Green Chile Bike Bank', and have been meeting every Tuesday evening. The group refurbishes old bikes and then gives them out to the local displaced population for free.

Sam Chambers, who works part-time for the Pueblo Rescue Mission and full-time at Volunteers of America, founded the group just a few weeks ago. He's familiar with Pueblo's homeless community through his day job and volunteer work.

Since then, the group has refurbished around a dozen bikes, and given out nine.

"These bikes do change people's lives," said Chambers. "They can use it to extend their range. If they are homeless and trapped downtown, now they've got the north side available to them and south side."

Chambers says if there is a homeless man or woman who needs a way to get to work across town, he wants to help.

The bike enthusiast says he met with Pueblo Mayor Nick Gradisar at a picnic last summer and told him about his idea of a bike bank.

"He offered some bikes from police property," said Chambers. "We got 18 or 20-some bikes. Then The Great Divide gave us a few, a few from city parks, and private donors."

The operation is running low on parts, however. Chambers says it takes the parts of around four broken or run-down bikes to refurbish just one.

Bike donations can be accepted and help at The Great Divide bike shop in downtown Pueblo.

The Bike Bank is still in its early stages, and Chambers hopes to expand.

"In a perfect world if we ever really got this together, caseworkers that work with homeless people would contact us," said Chambers. "They'd ask for a bike and we'd issue it to one of their clients."