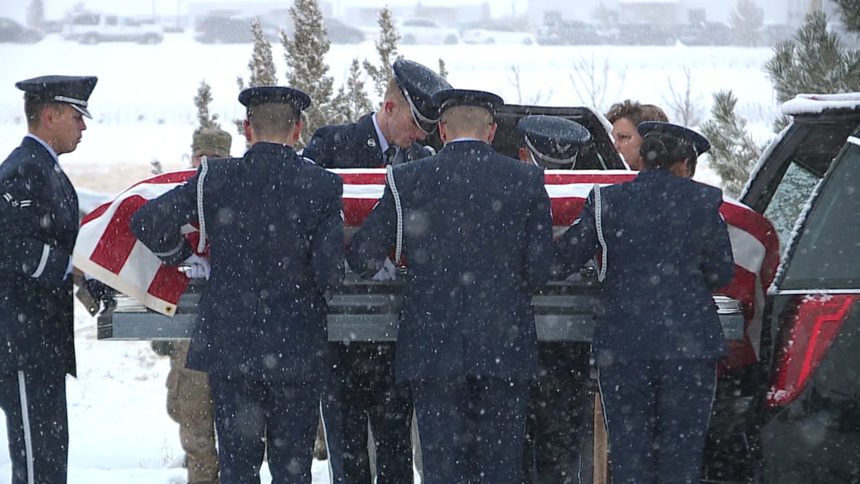 "I'd like to call him a brother," said Robert Aholt.

"Even though I, myself, have not served in the military, I still feel like he's part of our family."

Many people who came out at 9 A.M. felt the same.

Staff Sergeant Baldwin fought in the Korean War, serving our country from 1950 to 1970.

He was from Kansas, with his only known relative living there now, unable to attend Friday's funeral due to her old age of 93 and inability to travel.

Staff Sergeant Baldwin was 91 years old when he passed.

We thank him for his service to our country.