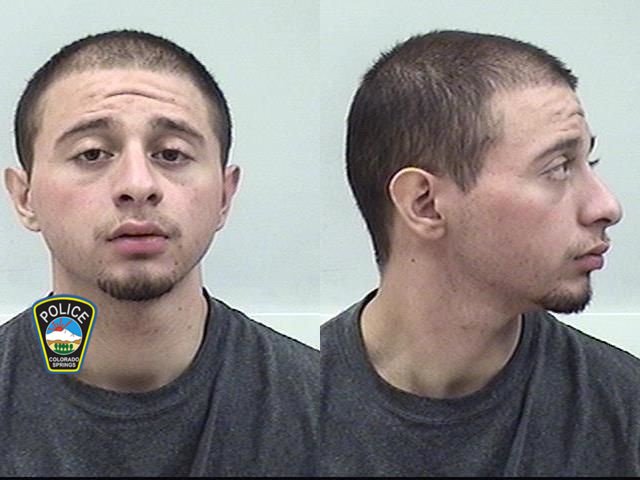 Here's a timeline of the crime spree:

According to police, on January 8, 2020, Babes Espresso, located at 2438 East Pikes Peak Avenue, was robbed by a suspect at gunpoint. Two days later, the same suspect tried to rob Babes Espresso again in the same manner.

A few weeks later, on January 24, 2020, around 5:30 A.M., the same suspect robbed a victim in the parking lot of a business located in the 2000 block of Lelaray Street. CSPD says the suspect threatened the victim with a hammer and stole her car. The vehicle was recovered later that day in Pueblo.

On January 28, 2020, just before 6:00 A.M., another carjacking happened at the Walmart on North Union Boulevard. Police say the suspect threatened a victim with a gun and stole her vehicle. When the suspect tried to get away, he struck a curb which disabled the vehicle, that's when he ran off.

In a press release, the department states that later that afternoon, 20-year-old Lenard Moe of Colorado Springs was identified as the suspect in the robberies. Moe was taken into custody and booked into the El Paso County Criminal Justice Center later that night.

Moe was also the suspect in the Days Inn robbery that happened in Manitou Springs on Jan. 10, 2020. MSPD officers interviewed Moe at the Criminal Justice Center and received information connecting him to the robbery. Officers added robbery charges for Moe along with the four other cases from CSPD.