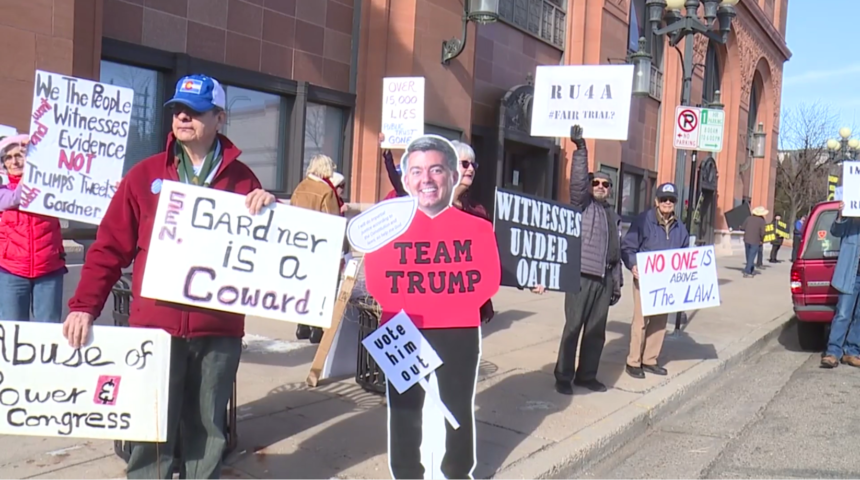 PUEBLO, Colo. (KRDO) -- Ahead of the upcoming impeachment trial of President Donald Trump, one local group made their voices heard outside of a U.S. Senator's Office in Pueblo.

About 50 protesters picketed along Main Street in downtown Pueblo in front of Senator Cory Gardner's Office.

The group, Pueblo Indivisible, says the purpose of the protest was to ask the senator to be fair and impartial as a juror in the trial.

The leader of the group, Jeri Jensen, told KRDO, "We're here today to ask him to support the call for witnesses, the call for documentary evidence. We want him to see the truth, hear the truth and speak the truth. That's what we're here for today."

The group protested for about an hour outside the office in Pueblo. However, Senator Gardner was meeting with constituents on the Western Slope Monday.