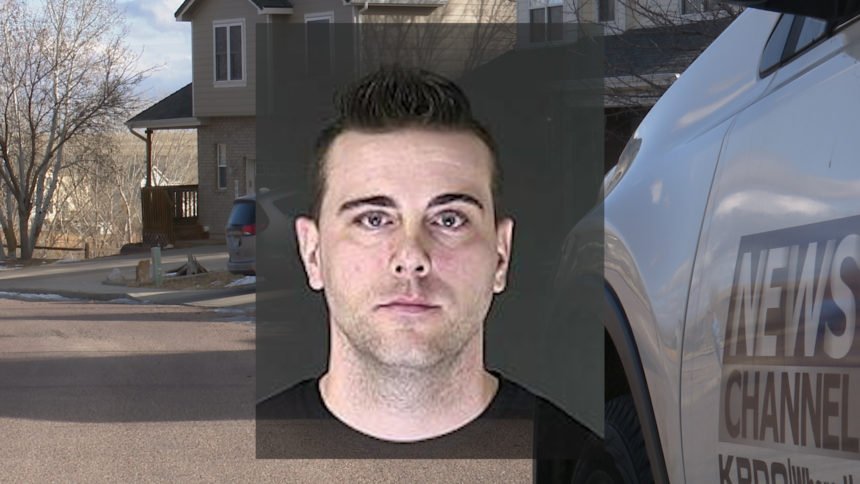 FOUNTAIN, Colo. (KRDO) -- We're learning more about the arrest of a 31-year-old Colorado Department of Corrections officer who's accused of sexually assaulting a 14-year-old girl in Fountain.

According to an affidavit for the arrest of Khurtis Maasch, he told police he randomly added the 14-year-old victim on Snapchat because he saw her pop up in his feed in November.

Maasch was using a different name on Snapchat and referred to himself as 'Jax' when talking to the girl. The affidavit says he quickly asked for nude selfies and asked her if she wanted to meet in person for sex. He told her that he was 18, and she told him that she was 14.

The affidavit says the victim did agree to meet with Maasch twice, and he sexually assaulted her in the backseat of his SUV parked down the street from Hibbard Park in Fountain.

After the second encounter, the girl told her friends that she suspected 'Jax' was older than 18, and she noticed that his profile picture was timestamped from four years ago. Maasch had sent her a message on Dec. 17 asking for a third encounter.

Police were waiting for Maasch on Jan. 3, when he said he would meet up with her. He was taken into custody without incident and then taken to the Fountain Police Department for questioning.

Police asked if Maasch had added the victim, and he admitted that he did but said he only set up the meeting "because he wanted to 'do a sting' to teach parents and their teens the dangers of sexual predators," according to the affidavit.

Lieutenant Mark Cristiani, who works for the Fountain Police Department, says it's unfortunate to know that the suspect held a position of power.

"It bothers me that he was a corrections officer, but I don't know if it bothers us anymore than if it was just a regular citizen doing this," Cristiani said. "A predator is a predator in our minds. We handle the situation the same way."

Maasch has been charged with sexual assault on a child and internet luring of a child. Lieutenant Cristiani says Fountain Police pushed for the suspect to be held with no bond, but that decision is left to the courts. Maasch has since bonded out of jail.