In March of 2019, before the law was passed, Sheriff Bill Elder expressed concerns over the law, and thought parts of it were unconstitutional.

The law allows law enforcement and others to request an Extreme Risk Protection Order (ERPO) against someone they believe is mentally unstable. If a judge agrees with their accusations, the respondent's firearms can be seized.

"We're not going to pursue these on our own," he said at the time. "Meaning the Sheriff's Office isn't going run over and try to get a court order. I'm not about to start that."

It reads, "a member of the El Paso County Sheriff's Office will not petition for an ERPO or TRPO unless exigent circumstances exist and probable cause can be established."

The first order issued in the state was requested by a Denver Police officer.

Other people, like a spouse, family member or roommate can seek an ERPO through court, by going before a judge.

If an order comes through the court, the policy says that the Sheriff's Office will go through a step-by-step process before going through with the order.

"Members of the El Paso County Sheriff's Office will evaluate the entirety of the order, conduct a risk analysis to determine what resources and personnel are necessary and establish operational plans to safely serve the order as required."

The Red Flag law requires the accused person hand over all their firearms, but the Sheriff's policy says deputies will seize firearms in "plain view."

The Sheriff's statement reads, "the deputy will determine, to the best of his or her ability, ownership and title to any firearms located."

It reads, "[without] probable cause and a signed search warrant, members of the Sheriff's Office will not conduct searches for firearms." 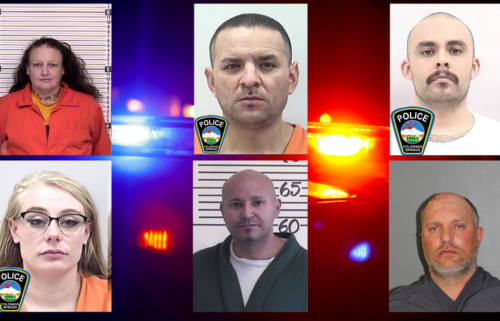