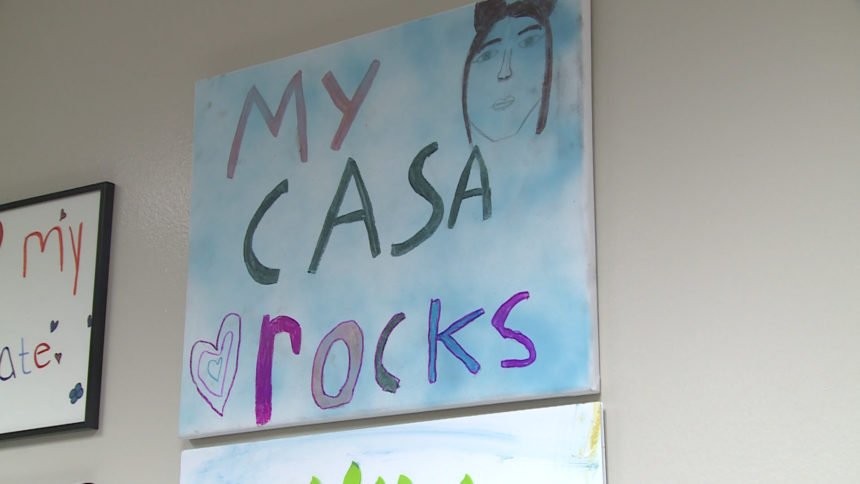 COLORADO SPRINGS, Colo. -- It's an important role, those who help children in desperate need.

Court appointed special advocates -- also known as CASAs -- help kids going through the court system after being abused by their loved ones. Last year, out of the more than 13,000 cases, less than half of those kids received a CASA volunteer.

Angela Rose, the Executive Director for CASA of the Pikes Peak Region, says these volunteers play a vital role in helping abused kids through one of the toughest times of their lives.

"The CASAs are that one steady person that is there for a child to help them through all this chaos, someone that they can trust and turn too," said Rose.

CASA has helped thousands of kids in Colorado. Many of those cases involve substance abuse.

"We get babies that are drug addicted most often at the hospital when they are first born and we go all the way up to 18," said Rose.

However, with so many cases a year, Rose says there aren't enough volunteers for every child. Annually, there are about 900 cases in El Paso and Teller Counties, with 80 percent of those children qualified for a CASA volunteer.

Even though there is no law requiring minors to have one, Rose says it can make all the difference in preparing the child for what comes after court.

"Kids that don't have that one person they can trust, they don't turn out so well after going through all this trauma," she says.

That's why CASA is asking for one hundred volunteers in El Paso County to help make those incredibly tough times for kids a little easier.

For those interested in learning more about the program or if you wish to become a CASA advocate click here.