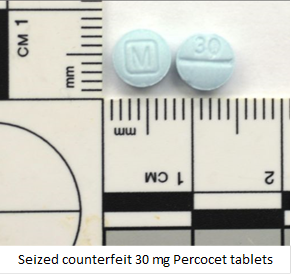 A dangerous drug has started to pop up around Colorado Springs again -- police are warning of fentanyl.

Lately, Colorado Springs police have been discovering more of the prescription drug mixed with heroin, meth and even cocaine.

"This is not coming from one source, there's not going to be one bad guy bringing in Fentanyl. This is coming from Mexico, from China. This is part of a distribution network and we are working to dismantle those. But part of what we do is educate the public that these items are out there and we are now seeing them in our community," said Lt. Sokolik with CSPD.

The problem is that fentanyl can be about 50 times stronger than heroin that users buy on the street, and that means it can be lethal at low doses.

"Fentanyl, a synthetic opiate painkiller, is being mixed with heroin, methamphetamine, and cocaine to increase its potency and drive profits. The danger lies in the fact that many dealers and buyers may not know exactly what they are selling or ingesting. The drug is produced clandestinely in Mexico, and also comes directly from China.  Many users underestimate the potency of fentanyl, as it is 40 to 50 times stronger than street-level heroin. Fentanyl can be lethal and is deadly even at very low doses. A lethal dose of Fentanyl is estimated to be about two milligrams, but can vary based on an individual’s body size, tolerance, amount of previous usage, and other factors.

Fentanyl and its analogues come in several forms including powder, blotter paper, patch, tablets, sprays, and liquid. It is also appearing in the form of counterfeit, or look-a-like, tablets sold as prescription painkillers such as hydrocodone, oxycodone, Percocet, as well as the anti-anxiety drug Xanax.  Recent seizures of counterfeit tablets have occurred in our community, wherein the tablets actually contained Fentanyl. These Fentanyl tablets are marked to mimic the authentic narcotic prescription medication and have led to multiple overdoses and deaths.

In 2019, the CSPD Metro Vice, Narcotics, and Intelligence Division seized approximately 35 grams of Fentanyl in various forms. In addition, they seized 3,766 dosage units of Fentanyl— most of which was in the form of counterfeit oxycodone and Percocet prescription tablets.  In addition, detectives with Metro VNI have also seized counterfeit Xanax bars."