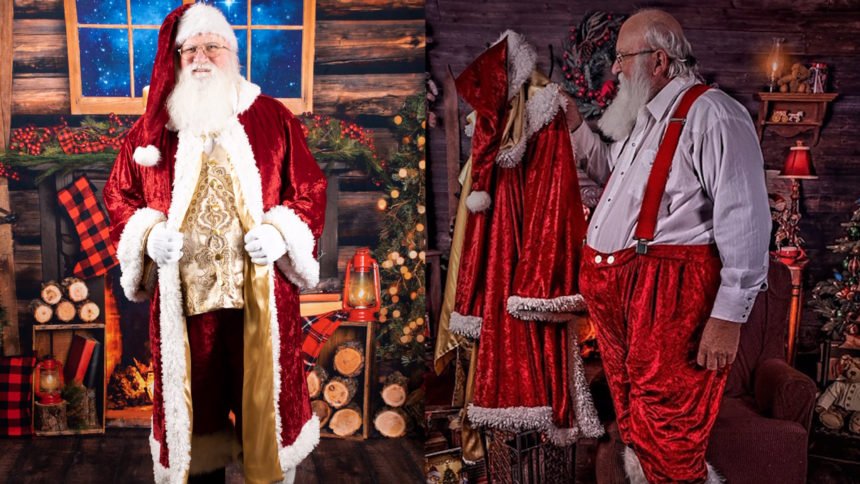 COLORADO SPRINGS, Colo. -- A Colorado Springs community is trying to bring some healing magic to a Santa in need.

For Susie Valdivinos and her son Elijah, getting in the Christmas spirit means getting a photo with Santa, but not just any Santa.

"He's Santa Jim to everybody that knows him," Valdivinos said.

Jim Howe has been a staple in the community for years.

In fact, 3-year-old Elijah has been taking photos with Santa Jim since he was 5 months old. But after years of sitting on his lap and telling him what he wants for Christmas, Elijah's family and community are coming together for the big man himself, Old Saint Jim.

"He's just a lovable guy, I mean you look at him and he's just always smiling, despite his disabilities," said Margaret Tiegen with Beyond the Battlefield.

But this Santa isn't your typical Father of Christmas. The Air Force veteran is an amputee and, as of last week, now a double amputee.

"He had an infection of some kind on his foot and went in to get antibiotics for it and they discovered his blood pressure was super low," Tiegen said. "They said hey you're either going to lose your life or lose your foot so he said take my foot."

But she says his health has never stopped him.

"He's always smiling and always trying to help someone no matter what he's doing," she said.

It's because of his jolly outlook on life that Tiegen wants to help. She's raising money for a service dog, a second prosthetic, and money towards his medical bills.

"We started an emergency fund for Jim. We know it's going to be a super long road for him, he's now a double amputee," she said.

If you'd like to donate you can do so on this GoFundMe created by Beyond the Battlefield, The Tiegen Foundation, and 501c3 veteran non-profit providing resources and assistance to veterans.