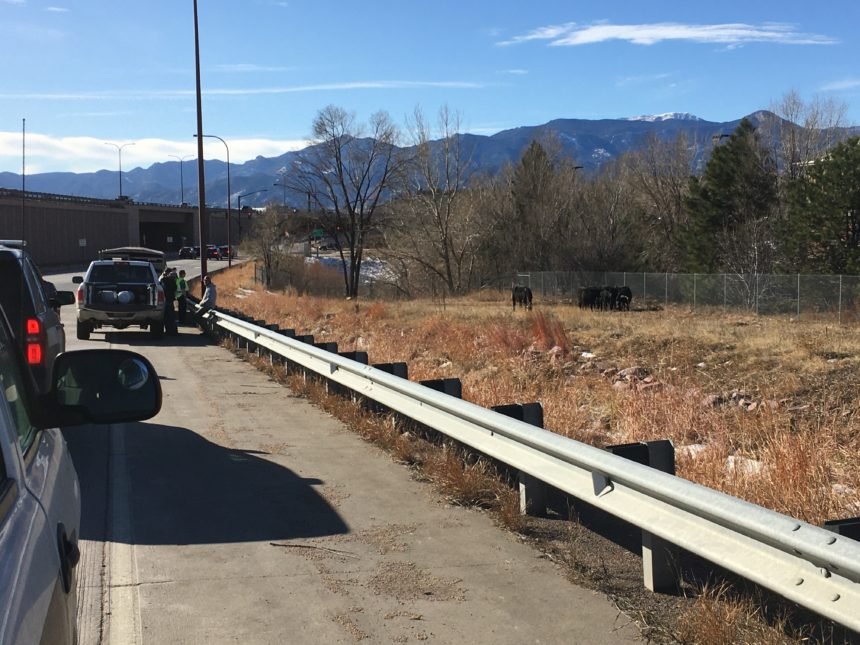 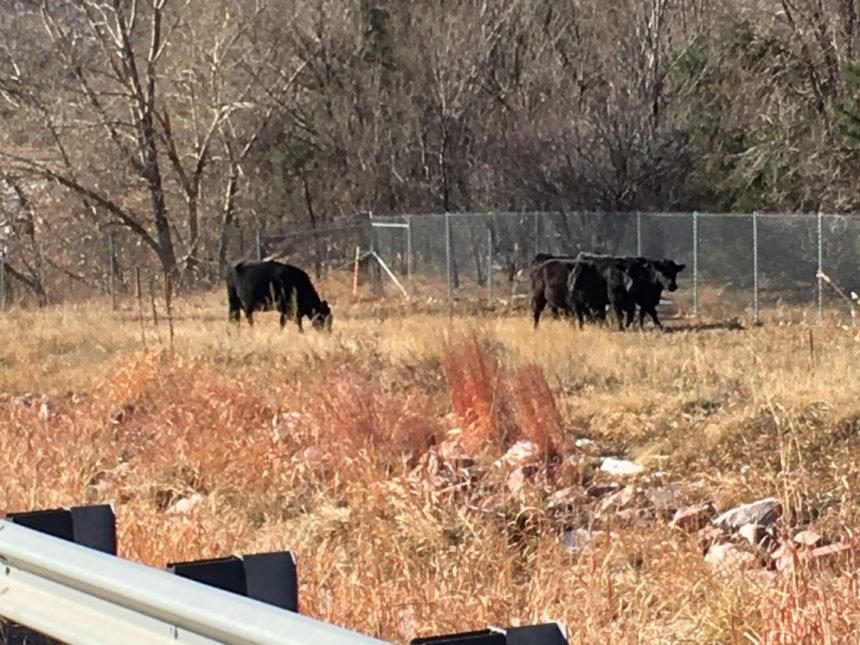 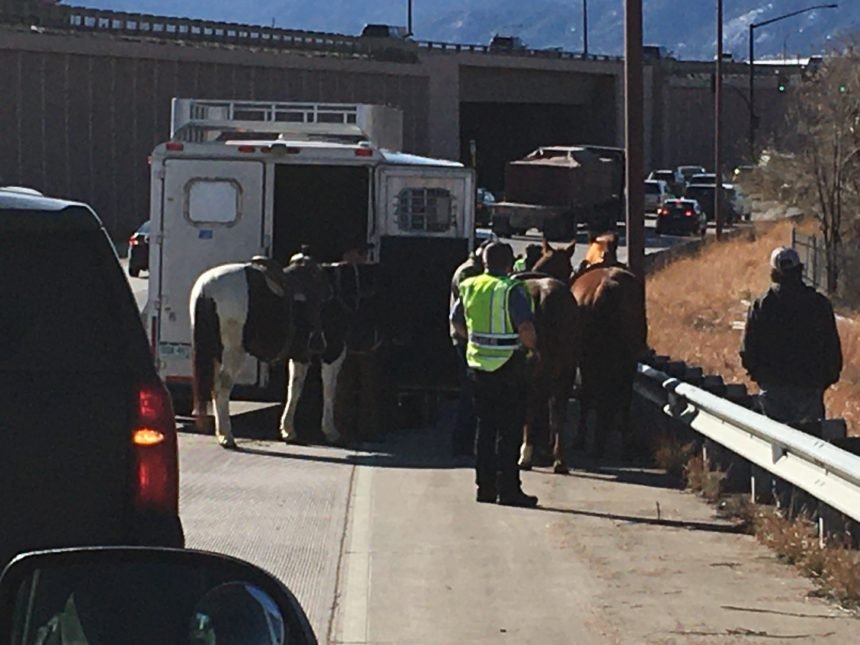 Colorado Springs police said five cows escaped from a trailer with a broken latch on Interstate 25 southbound near Woodmen Road. It happened just before 10 a.m.

"The driver felt the load shift and knew something was wrong," Officer Dale Peterson said. "Two of the cows fell right onto the interstate."

Police said several drivers helped them coerce the nervous animals away from traffic and onto a grassy area on the west side of the exit ramp to Corporate Drive, Rockrimmon Boulevard and Nevada Avenue.

Officers closed a lane of traffic and made sure the cows stayed along a fence line.

"If something had spooked them and made them bolt into traffic, we could have had a messy situation on our hands," Peterson said.

Peterson was dispatched to the scene because he owns some livestock and has knowledge of their behavior.

Police called in cowboys from the Pro Rodeo Hall of Fame -- less than a mile south of the scene -- to use horses horses to round up the cows and escort them to the building.

The cows' owner had them back in their trailer and back on the road just before noon.

Peterson said the cows were being transported from their summer pasture to their winter pasture when the accident happened.

"What made everything work was the cows weren't badly injured or scared, they liked the grass where they were and we had enough officers to keep anyone from getting hurt," he said.

Police were thankful the cows didn't have to be shot for posing a safety risk, as was the case in February 2005 when five buffalo escaped from a truck at a meat packing plant in Old Colorado City and ran through a neighborhood.