A winter storm moving east into Colorado will bring rain Wednesday night that could turn into heavy snow early Thursday.

The rain will start around 8 a.m. Wednesday in El Paso County, but by 8 a.m. Thursday, a heavy snow band will push east.

Here's what we're expecting for snow totals through Friday morning:

Tonight: Increasing cloud coverage through the rest of the evening as a low-pressure system is approaching Colorado from the southwest that will transport rain/snow showers into Central Colorado by tomorrow morning. Temperatures staying warm tonight in part due to the clouds, getting into the low 40s in Colorado Springs.

Wednesday: Isolated rain showers starting between 8am-10am in El Paso County with steady rain is likely during the afternoon hours. Temperatures along the I-25 corridor will still reach into the low 50s, which will delay any snow chances till late Wednesday night in Colorado Springs. That being said, Monument and Douglas County should cool into the low 30s by approximately 5pm. So for the evening commute, I-25 north of Colorado Springs will likely be dealing with snow showers, potentially limiting visibility and accumulating on the roadways.

Thursday: Anticipate a brief pause in the rain/snow mix across the I-25 corridor during the early morning hours. After 8am a heavy snow band will push east across the continental divide which will be the main snowmaker in Colorado Springs with the potential to drop 1-2" of snow over a short period of time. Driving conditions Thursday will be impacted by this snow event. The heaviest of the snow will come to an end after 3pm Thursday afternoon with light snow flurries possible through into Friday morning with minimal additional accumulation. 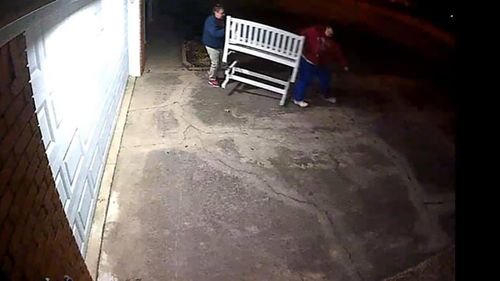