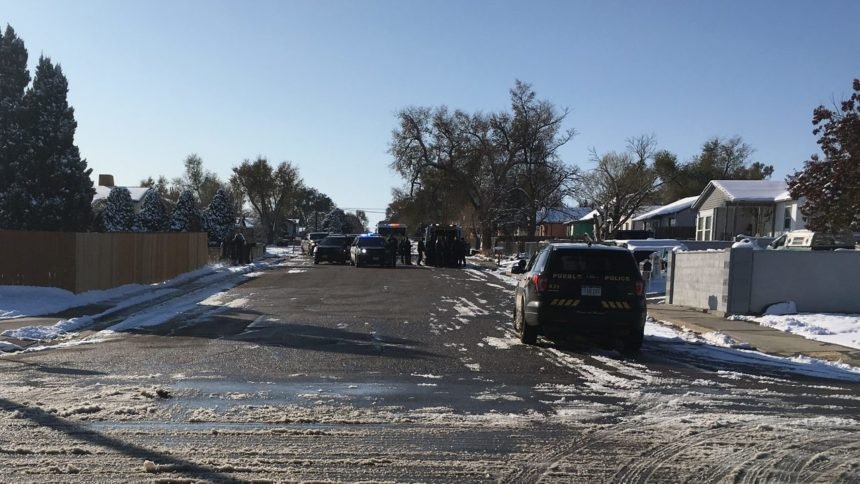 Police located a stolen truck -- a black, 2005 Chevy Silverado -- at 12:38 a.m. early Wednesday, according to a release from the Pueblo Police Department.

Officers waited and surveilled the vehicle to identify the suspect. Martinez fired a handgun in the air when he believed a vehicle was following him. When police attempted to make contact with him, he fled the area in the stolen truck.

Officers pursued Martinez for several miles. At one point during the pursuit, Martinez was driving the wrong way on I-25.

Police used spike strips in an attempt to disable the suspect's vehicle, but Martinez kept driving with a deflated rear passenger tire.

Martinez then got out of the truck near the intersection of E. 15th and Reading Ave, and attempted to flee on foot. Police found him hiding in a crawl space in the 1800 block of E. 14th St.

Martinez continued to resist and was subdued by police, according to the press release.

He was arrested on charges of reckless endangerment, felony eluding, possession of a weapon by a previous offender, and attempted first degree assault.

A suspect has been taken into custody following a police pursuit Wednesday that began in Pueblo's Belmont neighborhood.

Kenny Rider with the Pueblo Police Department tells us that officers initiated a pursuit when they found a stolen truck. The driver of the stolen truck allegedly fired rounds at officers and sped away.

The pursuit began at Troy Avenue and Dick Trefz Street and ended at 1800 N. Portland, according to Rider.

It's under investigation as to if officers fired any shots.