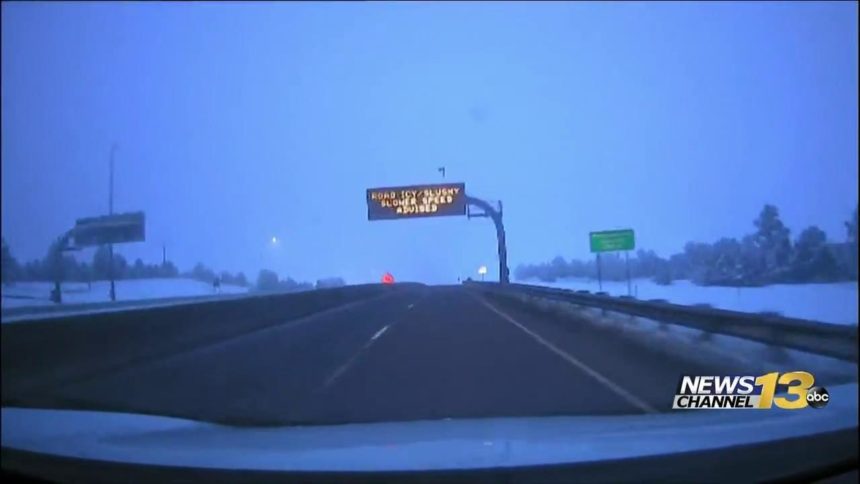 It was smooth sailing Monday evening on I-25 in Monument with snowplows keeping the interstate clear.

Drivers saying their nightly commute was easier than anticipated. "Actually, I was quite surprised how clear it was," says Crystal Hoover who was driving down from Denver. A complete turn around from the icy and snowy roads that greeted morning commuters. At one point earlier, part of the gap was closed for about 30 minutes before reopening.

"If we start seeing that there are safety concerns for the traveling public we will not hesitate to close it down," says Michelle Peulen with CDOT. Parts of the gap have been closed a few times since the start of our winter season. Something that wasn't really an issue the last year. Peulen says the reason for the difference, "This time last year we were just seeing construction on the North end of the gap. Right now,  that entire 18-mile stretch is a construction zone. So you've got lots of concrete barriers, lots of equipment, lots of activity."

With so much constriction on the gap, even the smallest accident creates major problems. "If there is even a minor crash that blocks traffic we're forced to close the roadway," Peulen says.

CDOT encourages drivers to go the speed limit and keep plenty of space between cars so that everyone driving the gap can enjoy a safe and speedy journey.