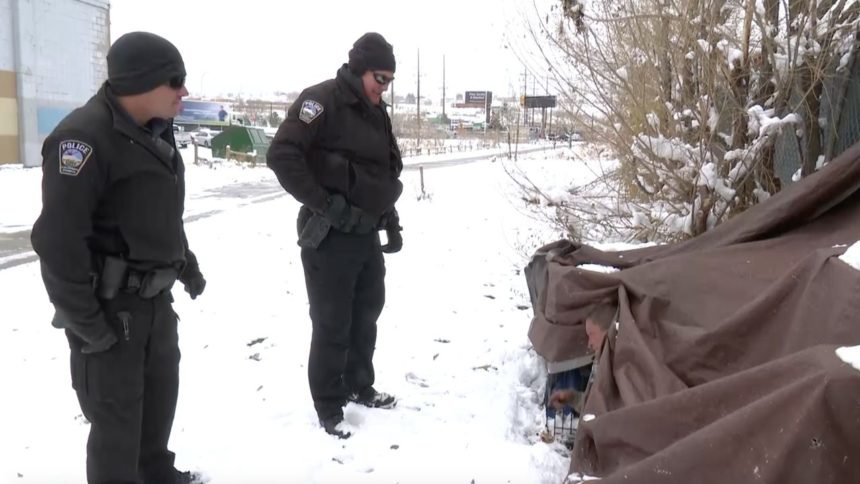 We’re in the middle of a cold streak, and the Colorado Springs Police Department’s Homeless Outreach Team is out in full force.

KRDO crews tagged along to find out how their priorities change when it’s this cold outside. When sub-zero temperatures hit the Springs, officers say their job is less about cleaning up illegal homeless camps, and more about making sure people living on the streets survive.

They say many of the people they run into know the shelters are there, but they still don’t go.

Police say there’s a handful of reasons people decide to stick out the storm.

Even when they’re told they can get into a low barrier shelter, many of them refuse.

Police say they think they can make it on their own, and a lot of them actually do.

“Most folks that live outside have adapted to doing so. They’re very resourceful,” said Palmer.

Regardless of their reasoning, or their excuse, the officers try to persuade them.

If they won’t take a bus voucher to the shelter, officers will settle with handing out some extra gear.

This time of year, police are reminding the public that cash handouts don't help. But you can take some tips from the outreach team, and do your part by getting a homeless person a bus pass to the shelter or by giving them a hat, gloves, socks, or really anything to keep them warm.