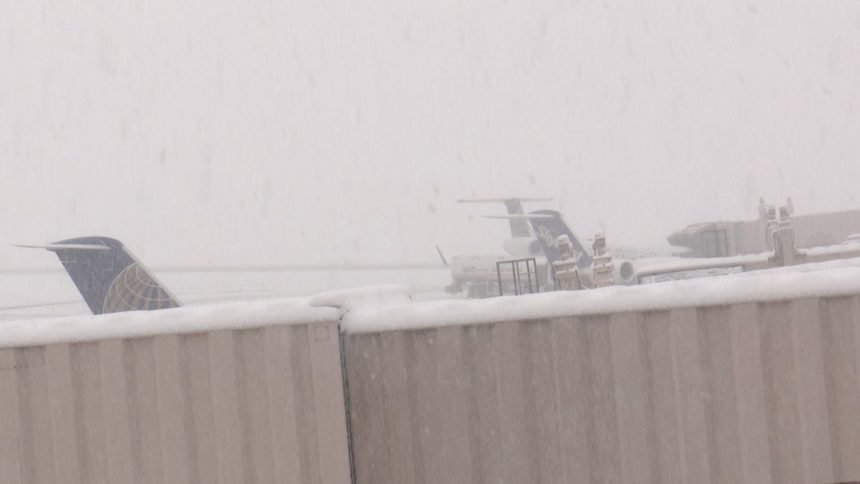 A Frontier flight from Phoenix took a sliding stop on the runway at Colorado Springs Airport Monday morning, delaying other flights and forcing passengers to wait hours before exiting the plane.

Another passenger, Hayden Cramer, told us what the landing felt like.

“We turned a little bit sideways, and then we’re like oh wait I think we’re skidding,” he said.

Frontier says the pilot had to use the overrun section of the strip to make a complete stop. Then, a tow truck came around to bring the plane back to its gate, but the tow truck lost traction too.

Passengers say they had to wait at least two hours for crews to drop some ice melt and get things rolling again.

All the while, they were on a plane without a working toilet.

“On the ground there’s no more suction so it turns itself into a porta potty,” explained Andrew Fox.

Nearly a dozen other flights were delayed at the airport during the chaos, but it’s unclear if they were all delayed due to the Frontier flight holdup.

Passengers tell us they waited an extra half hour during take off in Phoenix, too, after flying equipment malfunctioned.

“So we were late leaving and then when we get there we’re sitting on the runway, it was just torture,” said Fuchs.

Still, some passengers are looking on the bright side. They say they know it could have been a lot worse.

To compensate for the inconvenience, Frontier said it’s giving each passenger a $400 voucher.