How best to capture the politics of the moment?

With a cover photo, naturally.

On Wednesday, President Donald Trump tweeted a photo that he used in an attempt to mock House Speaker Nancy Pelosi.

The President and Pelosi engaged in a contentious White House meeting held earlier that day on the unfolding crisis in Syria.

The California Democrat then did what feels par for the course in 2019: She updated her Twitter cover photo with the image, which shows her standing with her finger pointed at Trump, who’s sitting, small-like, across from her.

Outrageous as it may seem, and while CNN doesn’t normally cover White House images that can’t be independently verified (reporters weren’t allowed into the event), there’s much that can, and arguably should, be said about the repurposed photo and its virality.

For one thing, you could view the situation as a measure of progress, as an embodiment of a new paradigm. Here’s a woman both embracing and being embraced for an epithet — unhinged, but also: angry, hysterical — for which women have long been reliably rebuked.

When asked about the meeting at her weekly presser, Pelosi explained that the President likely lashed out at her because he didn’t like her questions about his Russia-friendly foreign-policy positions, which she had characterized as “all roads lead to Putin.”

In that light, Trump’s bloated response — as well as his misplaced expectation that it’d scuttle Pelosi, not be turned on him — is increasingly emblematic of the power plays of the past.

“Recently, pop culture has suggested that there is a hunger for real talk from those in whom it has long been discouraged,” the journalist Rebecca Traister pointed out in 2017. ” ‘Key & Peele’ provided Barack Obama with a comedic ‘anger translator,’ who clarified that when the former president suggested compromising with Republicans, what he was not saying was ‘You know these motherf***ers are gonna say no before I can even suggest some sh**!’ “

Of course, this paradigm is still emerging, because you could view that same photo of Pelosi (and the fact that Obama needed a fictional conduit for his rage) from an entirely different angle: Who, typically, gets to subvert these age-old tropes?

The image is overwhelmingly devoid of racial minorities (save for Sen. Bob Menendez, D-New Jersey), women, and people at the junctures of these identities, illustrating who tends to be empowered to flip the script in these sorts of intense, seething political situations.

Recall a similarly ferocious meltdown from September that got comparatively little media attention. During a hearing before the House Subcommittee on Immigration and Citizenship, Thomas Homan, the former acting director of the US Immigration and Customs Enforcement, refused to stop speaking after his time had expired.

When Rep. Pramila Jayapal, D-Washington, who was chairing the subcommittee, attempted to quiet Homan, he exploded: “I’m a taxpayer, you work for me!”

Slate’s Mark Joseph Stern, noting that Homan had previously aimed his ire at Rep. Alexandria Ocasio-Cortez of New York, wrote that the former Trump administration official “does not believe that two women of color have any right to hold power over him,” that “he is a man who is used to wielding power against people who look like Jayapal and Ocasio-Cortez.”

The photo of Pelosi, then, is at once a sign of achievement and a dare to do more: As the culture continues to move forward, who will be elevated along with it? 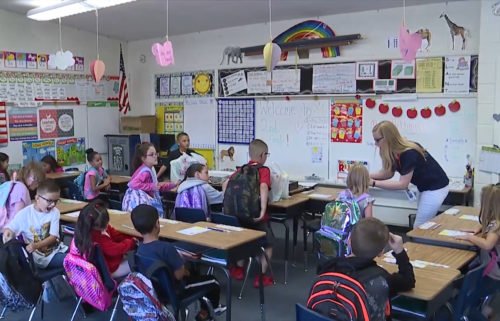