The Rugby World Cup was not yet five minutes old and Japan was staring at a nightmare. The host looked rattled. The players appeared gripped by stage fright. Even before the expectant crowd in Tokyo had got comfortable, Japan was 7-0 down to low-ranking Russia.

Was the famous upset over the South African Springboks four years ago merely a one-off? Would the host disappear without trace in its own tournament? Would the 240 days in camp together have been in vain as the Brave Blossoms wilted under the brightest lights?

Despite the disappointing start, the answer has been emphatically “no” as Japan has lit up the tournament with its stunning brand of power and pace.

The players roused from their early daze to swat aside Russia 30-10. They were resolute in a historic 19-12 triumph over an Irish unit that had arrived in Japan as the world No.1 team. They registered a bonus-point 38-19 win over Samoa and were scintillating against Scotland in the game of the tournament, running out 28-21 winners to top the group and qualify for the quarterfinals for the first time in its history.

South Africa awaits again in the next round. Four years ago the “Miracle of Brighton,” as Japan’s 34-32 victory came to be known, sent a seismic shock around the rugby world. Now, no one should be surprised by the quality of this Japanese team. For Jean de Villiers, the man who captained the Springboks on that day, the Brave Blossoms are where they belong.

“They’re a top tier-one nation as far as I’m concerned,” de Villiers, who played 109 times for South Africa, told CNN. “They deserve respect and can go toe-to-toe with any other team. They’re strong up front, they have brilliant backs, are well coached and they’re playing for their country with passion.”

Japan’s game against Scotland was a doubt until the morning of kick-off because of the threat of Typhoon Hagibis, which has killed 72 people with the death toll expected to rise.

A sports event will always seem trivial when compared to such tragedies, but de Villiers noted how struggle can be a galvanizing force for both spectators and players.

“We saw how the All Blacks responded after the Christchurch earthquakes [in 2011] and went on to win the World Cup on home soil,” he said. “Something similar happened in South Africa in 1995 [where the Springboks lifted the Webb Ellis Cup a year after the fall of apartheid]. Playing for a higher purpose can spur teams on.”

This makes Japan a dangerous opponent and one that South Africa’s coach Rassie Erasmus will not be underestimating.

“You can see they are aligned in their game plan,” Erasmus told reporters Monday. “As a unit, they are just really a formidable team.”

South Africa has already beaten Japan once this year. In a World Cup warm-up match in September, the Springboks ran out 41-7 winners.

“That game was to erase the Brighton game,” Erasmus said. “It’s 1-1 and now we go into a quarterfinal against a really tough team. That game is in the past now.”

That, and the growing capabilities of this Japanese team, is good news for de Villiers, who confessed to feeling a little more secure about presiding over his nation’s most humiliating defeat.

“I think we have more perspective now,” de Villiers said. “History has shown that when Japan beat us, it was the start of a process and not just a major upset without any context. Yes, it still hurts, but we can now see that they are no longer minnows.”

Beating South Africa again would constitute an even greater achievement for Japan. Despite swashbuckling through the group stage, it will need to raise its game even higher against the imposing Springbok pack. In this respect, the omens are good.

When Japan took the lead against Ireland and Scotland, the Europeans reverted to a forwards heavy approach in order to batter a direct path to the try line. There is a hard-to-eradicate theory in rugby that bigger equals better, but wave after wave of inept attacks broke on immovable Japanese defenders.

“Size doesn’t matter when it comes to technique,” said the 6 foot 3 inch, 230-pound de Villiers. “We saw in the scrums how the smaller Japanese props made life uncomfortable for the bigger Scots and Irish. They tackle ferociously and recycle the ball as well as anyone in the collision.”

But, as de Villiers said, the Springbok pack is a different animal and will march into the quarterfinal with a reputation to uphold. South African teams have traditionally relied on brute strength and aggression.

Japan will therefore lean heavily on its imports. With 16 players hailing from foreign shores, and the squad of 31 encompassing seven different nationalities, it is the most diverse group in the competition.

READ: ‘They feel they can win’: George Gregan on Japan’s World Cup hopes

“Their diversity is their strength,” de Villiers said. “No matter what happens on Sunday, this group of players can be proud of what they’ve achieved. They will no doubt inspire future generations of Japanese fans.” 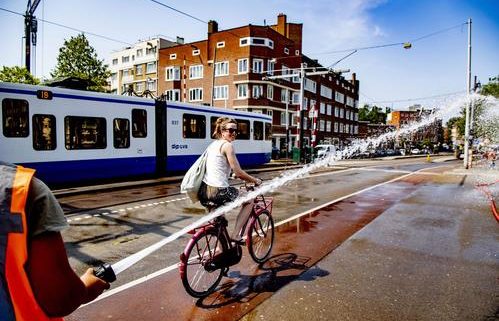 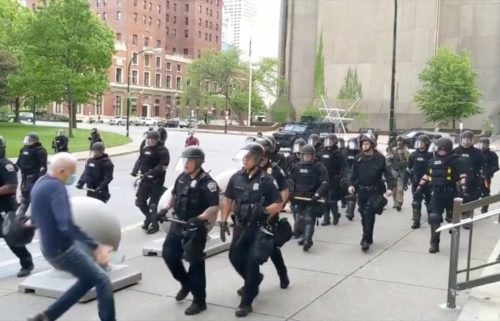