For months, investigators looking into Rudy Giuliani’s business dealings in Ukraine have dug into everything from possible financial entanglements with alleged corrupt Ukrainian figures to counterintelligence concerns raised by some of those business ties, according to people briefed on the matter.

The counterintelligence part of the investigation indicates that FBI and criminal prosecutors in Manhattan are looking at a broader set of issues related to Giuliani, President Donald Trump’s personal attorney, than has been previously reported.

The counterintelligence probe hinges in part on whether a foreign influence operation was trying to take advantage of Giuliani’s business ties in Ukraine and with wealthy foreigners to make inroads with the White House, according to one person briefed on the matter.

As a reminder: A whistleblower complaint released last month labeled Giuliani a central figure in Trump’s efforts “to solicit interference” from Ukrainian President Volodymyr Zelensky in the 2020 election.

Former State Department senior adviser Michael McKinley testified Wednesday that he had repeatedly asked Secretary of State Mike Pompeo for a show of support for the ousted US ambassador to Ukraine, Marie Yovanovitch — but was greeted with silence, according to two sources with knowledge of his testimony.

Much of McKinley’s testimony before the three committees leading the impeachment investigation focused on internal dynamics at the State Department, which previous witnesses have told lawmakers were upended by Rudy Giuliani’s efforts to go around normal channels in Ukraine to target Yovanovitch and push for Ukraine to open an investigation into former Vice President Joe Biden and his son Hunter Biden. LINK

Yovanovitch defied the White House last week in testifying before Congress, where she told lawmakers that Trump wanted her removed from her post based on “unfounded and false claims.”

In a blistering statement to the committee, Yovanovitch said she had been dismissed last spring because of pressure from Trump and “a concerted campaign against me.”

US Ambassador to the European Union Gordon Sondland, whose first scheduled appearance was canceled at the last minute due to objections from the State Department, is expected to testify under subpoena on Thursday, according to his lawyers.

Lawmakers have been eager to press Sondland about text messages he exchanged related to Trump’s July phone call with Ukrainian President Volodymyr Zelensky and the freezing of foreign aid to Ukraine.

The Washington Post reported Saturday that Sondland is expected to tell Congress that Trump relayed to him directly in a phone call the content of a text message that Sondland sent denying quid pro quo.

A majority of US adults support the impeachment and removal of President Donald Trump from office, a Gallup poll released Wednesday found, continuing a trend of recent surveys that have found increased support for the Democratic-led effort.

Fifty-two percent of Americans support impeaching and removing Trump from office, while 46% disagree. That’s a 7-point increase from when Gallup asked in June about impeachment and removal after former special counsel Robert Mueller’s investigation into Russian interference in the 2016 election.

Wednesday’s poll follows four others in recent weeks that found public opinion is shifting on the impeachment inquiry.

Taylor was thrust into the public eye following the release of his text exchanges with then-Special Envoy to Ukraine Kurt Volker, who abruptly resigned in late September, as well as with Gordon Sondland.

Need a refresher on what happened when? Check out the key documents CNN has annotated below:

You can also reference CNN’s visual timeline and guide to the key players for more background. 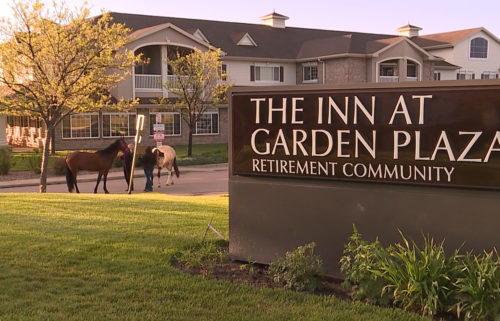