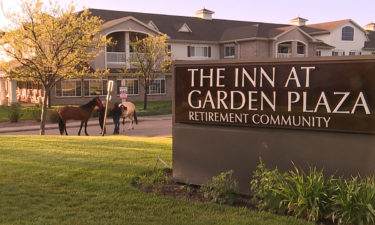 A small Southern Colorado community is asking the state to step in after packages went undelivered and hundreds of thousands in tax revenue was diverted to a neighboring town.

The historic mining town of Silver Cliff is classic Americana. Mom and pop shops, churches, dollar stores, and one U.S. Post Office. There are no Walmarts, Kroger stores, or even pharmacies.

In fact, the closest drug store is an hour-long drive to Canon City, which means residents rely on the postal service medication deliveries and other essentials.

H.A. Wenzel, Silver Cliff’s mayor pro-tem says that since January, there have been multiple cases of packages that were never delivered.

“[It forces] elderly people to drive in snowstorms up to an hour away to get their meds that they were out of,” Wenzel said.

That’s one of the reasons why the community held a public meeting with U.S. Postal officials and Congressman Scott Tipton to voice their concerns. Tipton says the Postal Service is working to correct the problems right away.

“We saw some failings locally,” Tipton said. “They’ve made the commitment to be able to work on those customer service issues.”

Another big issue for residents is that the town lacks a zip code.

“We would like our identity back with our zip code we had 30 years ago,” Wenzel says. “That was taken away from us.”

As of now, there is only one zip code covering all of Custer County and residents like Ted Rockenhause don’t like it.

“We see ourselves as the step-child, the red-headed step-child,” he said.

Because there is only one zip code, all the tax revenue generated from online orders goes to Westcliffe. Being a small town with no large department stores, many residents order online from Amazon and other retail sites.

“We see the money going to Westcliffe and what they are able to do, and what we are not able to do,” explains Rockenhause.

In total, Silver Cliff missed out on $300,000 worth of tax revenue within the last four years that could have been used to pave roads and fix other issues.

Thankfully, Congressman Tipton says there is a bill in the works that will help fix the zip code issue. It’s called Senate Bill 19006 and may be introduced in January when the State legislative session resumes.

Officials in attendance say they’re hoping to address the other problems within the next 30 days.

U.S. Postal Service spokesman David Rupert who was also at the meeting says he understands the community’s concern.

“Identity is everything to a community,” Rupert said. “We understand that a name, whether it be Westcliffe, Silver Cliff, or wherever you live, you got to be true to your school.”

He’s glad the residents arranged a public meeting — it provided an opportunity for the Postal Service to hear Silver Cliff’s concerns and learn what the community wants to change.

“We try to be responsive and sometimes it takes a meeting like this for us to fully hear the issues,” said Rupert.