Team Rubicon has been posted up at Williams Canyon since Thursday cleaning up bucket after bucket of debris.

The group is also cleaning up the area around Manitou Reservoir to prevent future wildfires.

Most people would call it hard work, but these guys say they actually look forward to the long hours spent in the creek bed.

It takes them back to their days in the military.

“We always say this is finding our purpose again. It’s finding the camaraderie, to be around a group of friends with a single purpose and a single mission,” said Daniel Dale.

They’re sacrificing their weekend so Manitou Springs residents don’t have to worry about another major flood destroying their homes.

“It’s a huge benefit for the city. So, not only would we not have been able to complete this work without them, but they are actually kind of helping save the little city of Manitou,” said Aly McAlexander from Manitou Public Works.

McAlexander says it can get bad.

“The mud and debris and all of the sediment winds up downstream in the buildings, on the streets.”

So, crews are removing all of that junk from the boulders in the creek.

Team Rubicon, which was founded after the 2010 earthquake in Haiti, has assisted with almost every major disaster since then, along with its regular, nationwide disaster mitigation efforts.

The group is made up of volunteers, that use donated tools, to get things done with an undeniable spirit.

“I had a scoutmaster growing up that always said, you always get back ten times more than you give when you’re volunteering. So for us, this isn’t labor, this is just a good time to be out doing good work for good people,” said Dale.

While Team Rubicon is made of mostly current and former service members, they say they allow anyone over 18 to join as a volunteer.

For more information on how you can get involved, click here. 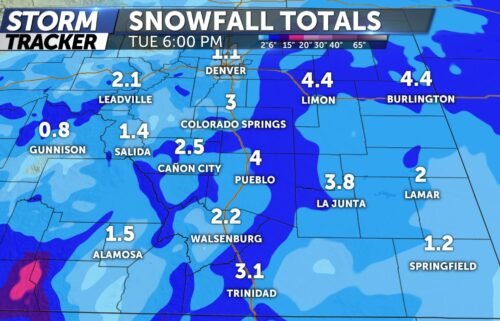