US stocks and bonds rallied Wednesday after the Bank of England said it would buy UK government debt “on whatever scale is necessary” in an emergency intervention to halt a bond market crash.

The Dow rose nearly 550 points, or 1.9%. It was the best day for the Dow since mid-July. Apple was the only Dow stock to end the day lower, falling more than 1% following a report suggesting weaker-than-expected demand for the new iPhone 14.

The S&P 500 and the Nasdaq Composite both climbed about 2%. The Dow and S&P 500 rebounded from the near two-year lows that they set on Tuesday and snapped six-day losing streaks in the process. The Dow is also no longer in bear market territory.

Wall Street took its cue from the news out of London. The Bank of England announced its bond buying plans after sweeping tax cuts announced last week by the government of new Prime Minister Liz Truss sparked a selloff in the bond market.

That news helped push US bond rates sharply lower. The yield on the benchmark 10-year US Treasury bond briefly topped 4% Wednesday morning before pulling back to 3.7%. The earlier surge was the first time the yield moved above the 4% threshold since April 2010 and the highest level for the 10-year since October 2008.

The 10-year Treasury yield is important for consumers and businesses since it impacts how much interest banks charge for various types of loans, most notably mortgages. The dramatic spike has helped push the average rate for a 30-year mortgage above 6% for the first time since 2008.

Yields for the 10-year have soared from just north of 1.5% at the end of 2021, a stunning surge in a relatively short period of time.

Bond yields rise when investors sell Treasuries — and traders have had plenty of reasons to dump the 10-year lately. Worries about runaway inflation have caused the Federal Reserve to aggressively raise short-term interest rates. That has pushed up longer-term yields.

Economic turmoil in the UK and Europe have also caused the value of both the British pound and the euro to fall dramatically when compared to the US dollar. Dollar strength typically coincides with higher bond rates as well.

This volatility is having an impact on stocks too. The Dow fell into a bear market, more than 20% below its all-time high, on Tuesday. The S&P 500 and Nasdaq have plunged even further this year.

The CNN Business Fear & Greed Index, a measure of investor sentiment, is indicating signs of Extreme Fear as investors grow more nervous about a recession. 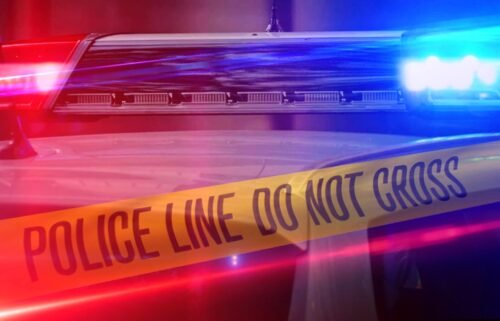