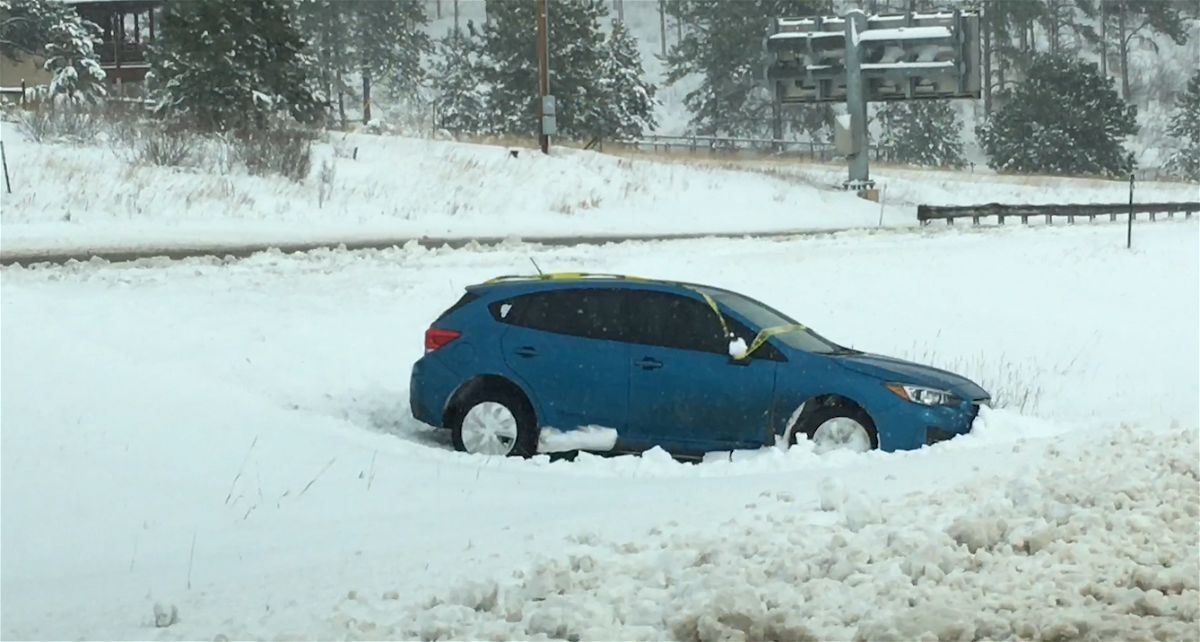 One of southern Colorado's strongest snowstorms of the season dumped up to a foot of snow Thursday around Woodland Park and in other areas of Teller County.

Several vehicles slid off the road and became stuck but no serious crashes were reported.

However, Gary Wiggins, a Woodland Park resident, said he pulled over for a few hours after he almost crashed into another vehicle in the slick conditions.

"The road's too bad," he said. "The car's too light.  It just wouldn't stay on the road.  I'd rather park here than hurt anybody or do any damage.  Two close calls?  Yeah, I'm going to stay right here."

Because of roads being warmed by earlier mild weather, and constant passes by snowplows, most main roads in Teller County were merely wet or slushy by evening rush hour.

But officials cautioned drivers to be aware of snowpacked side streets and scattered icy areas overnight, as lower temperatures froze melting snow.