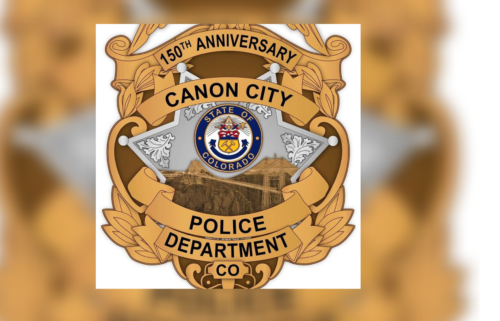 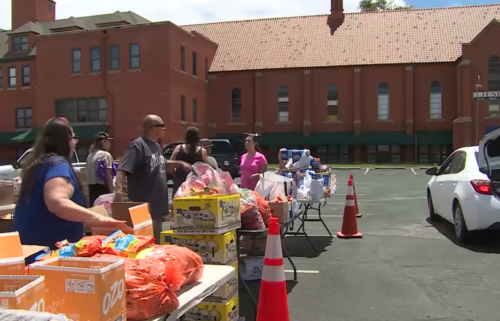 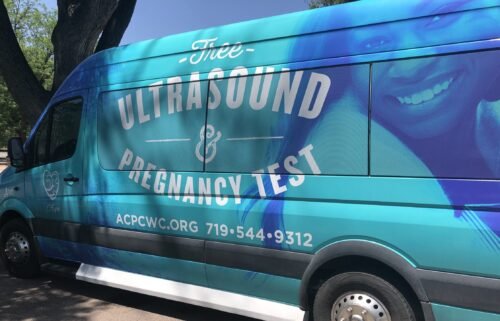 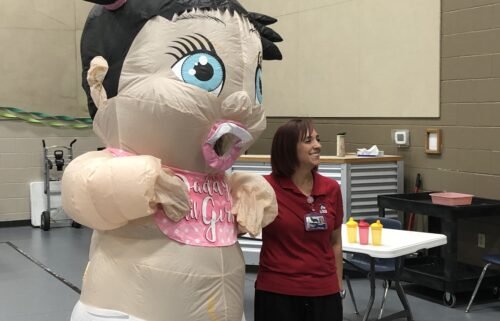 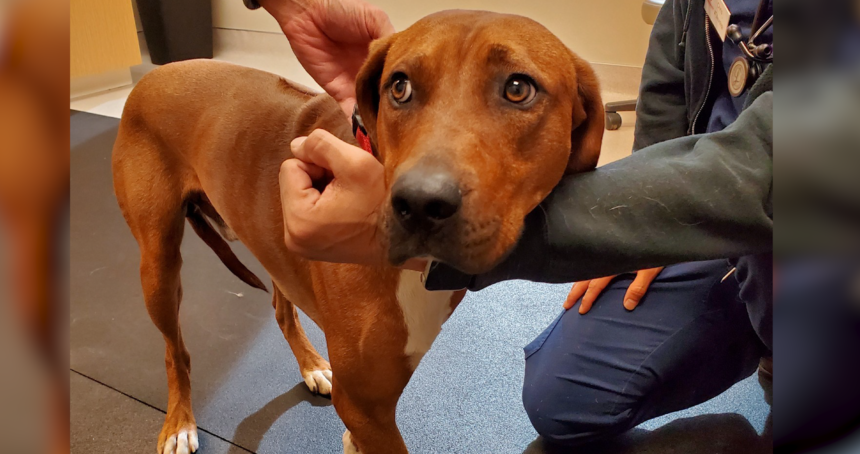 COLORADO SPRINGS, Colo. (KRDO) -- Thousands of dogs are rescued from Colorado animal shelters every year. But what happens if the animal you rescue turns out to need thousands of dollars in immediate care, a life-saving surgery that requires a dream team of veterinarians, plus support and constant supervision for several months?

Such were the challenges for Daniel and Maria Bay, who saw immediate, severe health problems after rescuing “Q” last fall. Yet, they stood by his side despite all the obstacles.

"After the neutering, they called us and said that he had a couple of little lesions on the neck that once they were healed we could adopt him and take him home,” said Maria Bay.

"We thought it was a prong collar or a dog bite,” she said.

But Q wasn’t getting better. And his infections certainly weren't the cause of a collar or a bite. Maria especially had a bad feeling after seven different veterinarians had differing opinions on Q’s condition, which was rapidly getting worse.

Q, a Rhodesian Ridgeback, had infections on the ridge of his back that were swelling up bigger by the day.

"He was feverish. He was lethargic. He kept scratching. This was so uncomfortable for him that he scratched through his skin to burst the infection,” said Maria.

After a series of misdiagnoses, Maria and Daniel took Q to CSU in Ft. Collins, home to one of the top veterinary medicine schools in the world.

“It's considered fatal because these abscesses extend very deep into the spine. He was very fortunate to have even made it to the operating table,” he said.

A dermoid sinus is a rare condition that happens when the skin fails to separate from the nervous system during development. Tracks of skin, hair, wax, and debris from the spine, through a tubular defect to the surface of the skin, develop what’s essentially the most massive, deadly in-grown hair imaginable.

Although rare, dermoid sinus’ are most often seen in Rhodesian Ridgebacks.

"Typically when this disease presents itself it's found early, in a puppy and it's one [tube],” said Daniel, who is KRDO's Chief Engineer.

But Q didn’t have one. He had seven; unheard of in veterinary medicine. To save Q, surgery was a must.

"There's no way we're returning this dog. There's no way this dog is not getting the surgery. This dog is gonna make it through,” said Maria. “And the shelter thought the same."

Maria and Daniel rescued Q from Paws For Life in Pueblo.

And Paws For Life did come through, in a life-saving way.

"Through all of our donations and fundraisers, we were able to raise over $15,000,” said Kim Alfonso, the Paws For Life Pueblo president.

Alfonso said she has never seen such an outpouring of support for one animal.

"You can see how much love he has to give. And he's only two years old, and there's really not a price to be put on loving a pet,” said Alfonso, who started to get emotional.

"Every animal we're able to help is really just one more item for the dream,” she said. “The Paws mission is to help as many animals as we can and be a 'no kill' shelter. And anything we can do to improve animals' lives in Pueblo or surrounding communities, it's all part of the dream."

Yet, after raising the money to cover the costs, there was one more barrier to tackle: who could perform the surgery?

Removing seven dermoid sinuses is unheard of in the veterinary world. Arguably, only a small handful of veterinary neurosurgeons would be equipped for such a challenge. It turns out, Dr. Ko, from Colorado Springs, was one of those few surgeons who had the background and expertise to try the risky surgery.

"I was able to, after five hours of meticulous direction, able to remove all of them in one surgical setting,” said Dr. Ko.

The surgery was a success.

After six weeks of recovery, Q was back at his permanent home with Maria, Daniel and their two cats.

"And just knowing that he has a forever home that he's going to be loved and treated the way that he should have been his whole life, it really is priceless,” said Alfonso.

Maria said, "Everything about this dog is just perfect. He's my perfect little boy.

"It was always nice to know Paws For Life had our back,” she said, while also noting that Q’s recovery, believe it or not, coincided with Maria and Daniel’s recovery from Covid-19.

“So, basically, all three of us were on the couch for three weeks getting better,” laughed Maria.

All of them are grateful to be together, healthy, despite the rough start.

"He's just been great and a joy to the family,” said Daniel.