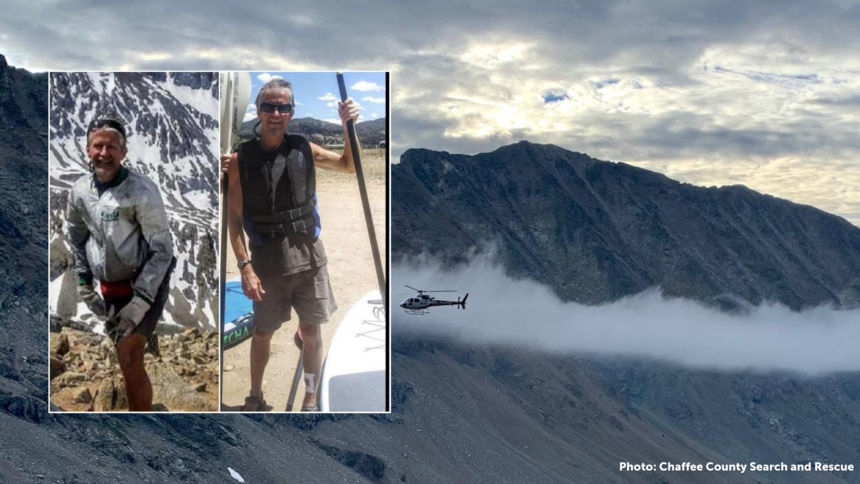 CHAFFEE COUNTY, Colo. (KRDO) -- Search and rescue crews say they located the body of a hiker from Nathrop who had been missing for nearly a week.

Chaffee County Search and Rescue said that Terry Pann, 60, was found dead around 1 p.m. on Wednesday near West Apostle Peak, which is near the Collegiate Peaks.

Rescuers had been searching for Pann for the past five days after he was reported missing, but inclement weather made search efforts difficult. He was last reported going hiking in the area of Ice Mountain.

The Chaffee County Coroner's Office will be performing an autopsy on Pann to determine his cause of death.