COLORADO SPRINGS, Colo. (KRDO) -- First, it was toilet paper and hand sanitizer; now, fears surrounding the current coronavirus crisis has generated a significant increase in sales of guns and ammunition.

According to one Colorado Springs gun shop owner and several customers Tuesday, ammunition is in short supply or sold out at many shops.

"Even online supplies have run out," a customer said. "And they say it'll be a month before they can restock their supplies."

Paul Paradis, owner of Paradise Sales in Colorado Springs, had a steady stream of customers and phone calls Tuesday.

Paradis said the strong demand for guns and ammo started last Wednesday. According to the Colorado Bureau of Investigation, the number of background checks in the last week doubled compared to last year. More than 14,000 checks for firearms were received by the CBI.

"People are just scared that society will break down and there will be more crime," Paradis said. "They want to be able to protect themselves. I'm sort of surprised. I didn't expect this. But I try to calm people down and tell them by the time their background checks go through, this could all be over. Just be patient. We're still getting our merchandise. If you wait, you'll get it at a fair price."

The demand means it's taking longer for those checks to be processed -- nearly a week.

"I think it'll get worse before it gets better," Paradis said. "We have nearly 40 people waiting for background checks here, and there are more than 5,000 waiting across the state."

One customer said the time is right for him to buy his first gun.

"With all that's going on, and with not knowing what the future holds, it's good to be prepared," he said.

Another customer said he specifically shopped at Paradise Sales because it's a smaller shop and was more likely to have the ammunition he needs.

"They're limiting what you can buy but I got what I wanted," he said. "I'm not worried about society breaking down or anything like that. I can't even pick up the gun for this ammunition until next week." 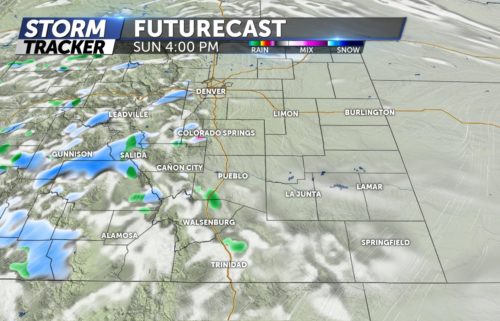