"God I wished I had five more minutes with him," says CSU-Pueblo football coach, John Wristen, "Heartbroken. Because you watch a guy who from 2013 all the way up to now has defied all odds," says former CSU-Pueblo football player, Jarrod Lacy. Donnell Leomiti defied the odds, as he battled pancreatic cancer for seven years, "So in 2013, I believe is when we found out, it was devastating when you hear the "C" word. Oh man in our minds we don't think you have enough time but he proved time and time again that he is warrior," says Lacy.

Coach Leo as he was affectionately called, was a passionate man who deeply loved his family and his players, he lived life to fullest especially after he was diagnosed with cancer, "As it attacked more his energy thrived more," says Lacy. Coach Wristen added, "We'd get done with a game and then I'd find out he's spending a night the emergency room because he was in so much pain."

The weight room at CSU-Pueblo is named after him because of his warrior spirit and the football program's spirits were lifted three years ago when he learned he was cancer free, "An eruption in the team room when I told the team. They all jumped up high fived, instantly emotion of about how much we care about that guy and then things took a turn of the worst," says Wristen.

Things took a turn for the worst last year, "He was taken chemo while he was coaching. He was taken chemo the whole time and there were times at halftime that his wife had to take out the pump, the stent and be able to let him go back to work," says Wristen.

Two half weeks ago Coach Leo received some devastating news, "He said that I got maybe a month. We talked, we had a woe me moment, we walked out said we going to celebrate your life." Celebrate what that means," says Wristen.

Donnell Leomiti stood out from the pack and he's a big reason why the Wolf pack have had such great success, "Heck yeah. I appreciate, appreciate his heart and soul what he has done for us. Love the man. I can never ever repay him for what he's done in my life, the kids life and what he has done here at CSU-Pueblo," says Wristen. 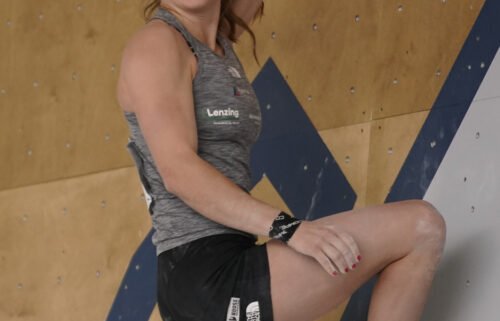