If a steaming bowl of soup strikes you as the ultimate in old-fashioned comfort, you’ve got plenty of company. Soup is one of the world’s oldest and most universal foods, said Janet Clarkson, author of the book “Soup: A Global History.”

“Every culture has some kind of soup,” she said. “It’s got very ancient roots.” Early people simmered everything from turtle shells to lengths of bamboo in soup, she writes in the book, turning out metal soup pots starting in the Bronze Age.

Boiling food made it possible to subsist on stable grains, with herbs and other ingredients added for nourishment or medicinal purposes.

Each time you deliver a pot of soup to a friend with the sniffles, Clarkson said you’re in fact carrying on an age-old tradition. “Separating food and medicine — that’s not how ancient people thought of it,” she said. “I think in every country in the world, historically, some soups were seen as restorative.”

That’s true no matter what you call it. Today, soup leans brothy while stews are more substantial, but the world’s spoonable foods have never fit neatly into the two English-language categories.

While Clarkson dove into centuries of etymology to trace the history of soup, potage and broth, she settled on a generously broad take. “Just some stuff cooked in water,” she wrote, “with the flavored water becoming a crucial part of the dish.”

It’s a definition that leaves room for the world’s tremendous culinary diversity. These are CNN’s nominations for 20 of the best soups around the world:

Fruits from the oil palm tree lend both fat and flavor to this soup from the Niger Delta, which also features fresh catfish, beef and dried seafood.

It’s so popular that packets of ready-mixed banga spice are sold in shops. Most blends include African nutmeg, castor seed, orima, jansa and beletete leaves.

The spices infuse a rich, red sauce that’s the soup’s main draw: Soak it up with eba or a ball of starch, two Nigerian staples both made from cassava prepared with different methods.

Broth is simmered for hours with cinnamon, star anise and other warm spices to create a wonderfully aromatic base for this rice noodle soup.

Pho is among Vietnam’s most recognized culinary exports, but the soup is a relatively new food, wrote Andrea Nguyen, author of “The Pho Cookbook.”

And while today’s pho restaurants serve a wide range of flavors, beef is the original. By 1930, Nguyen explained, the soup was served with slices of raw beef cooked gently in the broth.

Today, beef pho remains the most beloved version in Vietnam, with options that include the original raw beef, a mix of raw and cooked beef, brisket and tendon.

Chunks of tender beets swim in brilliant red broth for a soup that’s beloved in Ukraine and across Eastern Europe. Often topped with a rich dollop of sour cream, borscht is anything but basic beet soup. It gets a tangy kick from kvass, a lacto-fermented beet juice that’s another regional specialty.

And while the soup is sometimes attributed to Russian cuisine, that claim is hotly contested. Now, Ukrainian chefs are behind a campaign to get their version on UNESCO’s World Heritage List.

At one time, that fish would reflect each day’s catch, but things have gotten a bit stricter.

According to signatories of the 1980 Bouillabaisse Charter — a collective attempt by local chefs to ensure the quality of the French soup — the most authentic recipe must include at least four kinds of seafood chosen from a list that includes monkfish and crab.

Thinly sliced greens meld with potatoes and onions in this homey soup from Portugal’s wine-producing Minho region. Now, the soup is a culinary star from upscale cafes to rural kitchens, the definition of down-home comfort food.

In many versions, tender Portuguese chouriço sausage adds an undercurrent of smoky, salty flavor that makes the soup even heartier. Enjoy alongside a glass of Minho’s famed vinho verde wine.

Durum wheat harvested while green, called freekeh, adds satisfying heft and nourishment to this North African soup, which is especially beloved during the holy time of Ramadan.

The tender grains absorb a tomato broth and aromatic spices, their flavor melding with chickpeas plus stewed chicken, beef, mutton or lamb. Serve with lemon wedges and a hunk of kesra bread.

This creamy shrimp chowder is a specialty of Arequipa, a historic city surrounded by towering volcanoes. Cold nights in the mountains are perfect for the hearty dish: Tender shrimp swim alongside chunks of Andean potatoes and corn.

It’s got a kick, too. The addition of ají amarillo, a chili pepper with a lilting, fruity flavor, adds satisfying spice to balance out the rich and creamy ingredients. Maybe that explains the soup’s reputation as a powerful aphrodisiac.

Summer in Andalusia brings searing weather, ideal for cooling down with a bowl of this chilled vegetable soup. Today’s most classic version includes tomatoes, cucumbers, garlic and olive oil, with a handful of stale breadcrumbs added for body.

Arabs brought the dish to the Iberian Peninsula centuries before Spaniards tasted tomatoes, a New World ingredient. The original was a blend of bread, garlic and olive oil, pounded in a mortar and seasoned with vinegar.

As with so many culinary treats, groundnut soup ignores international boundaries: Meat, fish or chicken simmered into a thick peanut soup is pure comfort food in countries across West Africa. Versions range from Gambian domoda — the national dish — to a Nigerian take cooked with bitter, leafy greens.

No matter the country, such soups and stews are creamy, rich and salty, a satisfying combination that often gets a fiery jolt from the addition of Scotch bonnet peppers.

Cultures and flavors meld in a hearty soup that’s a star of Louisiana cuisine, influenced by West African, Native Choctaw and French cuisines. Versions made with seafood, chicken and sausage are among the most popular today, but there are myriad ways to make this Southern specialty.

Ground, dried sassafras leaves — called filé and long harvested by the Choctaw people — give many gumbo recipes a distinctive spice. Some cooks thicken their soup with a cooked flour paste called roux, while others swear by sautéed slices of okra.

Every possible version is on display each year at the World Champion Gumbo Cookoff in New Iberia, Louisiana, where cooks battle for some serious soup-master bragging rights.

When the sun sets during the month of Ramadan, many Moroccans break their fasts with a hot bowl of this comforting chickpea stew. Cinnamon, ginger, turmeric and pepper lend warming spice to the savory tomato broth, which soaks into tender chickpeas. It’s also widely enjoyed in Algeria.

While vegetarian recipes are popular, the most classic version is simmered with tender chunks of lamb or other meat. It’s not just fasting fare for Muslims; some North African Jews also prepare harira to break the annual fast of Yom Kippur.

Tart plum sauce called tkemali adds bright, zesty flavor to this traditional soup, which is one of Georgia’s most beloved dishes.

It’s made with unripe plums, whose sour note balances the richness of fatty beef and ground walnuts cooked into the soup. The aromatic kick, though, comes from the spice mix khmeli suneli, a blend of coriander, savory, fenugreek, black pepper, marigold and more.

Shaping — or pulling — la mian noodles by hand for this traditional soup is an art in itself. Artisans use a finely milled, high-gluten flour and alkaline powder to mix a stretchy dough, then pull and fold a single piece of dough to make enough noodles for a bowl of soup.

Slip them into a bowl of beef broth for a world-class soup that includes tender beef, pale slices of radish, chili oil and fresh herbs. (At some shops, diners may even ask for noodles of a preferred thickness and shape.)

Soup is what’s for breakfast in much of Myanmar, where sidewalk vendors and tea shops hawk steaming bowls of mohinga out of enormous vats. The soul of this noodle soup is the aromatic broth, which is simmered with herbs and thickened with toasted rice powder.

Fish lends added richness, while the thin rice noodles are perfect for slurping. Mohinga is so beloved that it’s gone from breakfast dish to anytime snack, and each region has its own twist on the classic soup.

Tripe simmered for hours in a piquant, garlicky broth is the ultimate Mexican hangover cure, but menudo goes far beyond morning-after remedies. It’s a favorite at weddings and big occasions, too, when an enormous pot of the traditional soup can feed dozens of guests.

It’s sheer comfort food, with kernels of hominy that get fresh bite from a garnish of raw onions, chiles and cilantro. Choose from one of two main varieties: Menudo rojo turns a deep red from chiles in the broth, while Sonoran-style Menudo blanco is a milder alternative.

Palm oil and tomatoes tint coconut broth a warm, orangey red in this specialty from the Bahia region of Brazil, where locals eat steaming bowls on even the hottest days.

This soup’s real draw is sweet, tender shrimp floating in the broth, however. Traditionally, moqueca de camarão is cooked in a handmade pot made from black clay and the sap of mangrove trees, then brought to the table in the same authentic vessel.

Chicken noodle soup may reach its culinary pinnacle in this piquant Indonesian dish. Spices such as fresh turmeric, star anise, cinnamon, lemongrass and lime leaves combine for deeply layered aroma and flavor, with the jammy yolks of soft-boiled eggs to add extra richness.

Every part of Indonesia has a local twist, and the soup is also beloved in Singapore, Malaysia and in faraway Suriname in South America, where the recipe arrived with Javanese immigrants.

Tom yum goong is just one of many varieties of tom yum soup in Thailand — this version comes enriched with fat prawns, and is a favorite with many diners.

Long-simmered pork bones impart intense flavor to this classic ramen, whose broth is cloudy with marrow and fat. It’s a signature of Fukuoka Prefecture on the southerly island of Kyushu, but the rich soup is now served in ramen shops across the country (and world).

While the indulgent broth is the star of tonkotsu ramen, a bowl isn’t complete without slices of pork belly and a tangle of noodles that are hard in the center. Eat with a pair of chopsticks and a flat-bottomed spoon, and don’t forget to slurp — it’s believed to enhance the flavor.

Boiled rice or barley adds grainy sweetness to this creamy yogurt soup. It’s believed to ward off colds during winter; some Turkish hospitals even serve yogurt soup to recovering patients.

A crumble of dried mint helps balance the yogurt’s slight tang. Serve with a pillowy round of fresh pita bread. 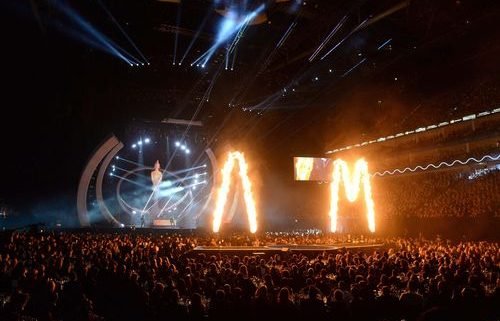 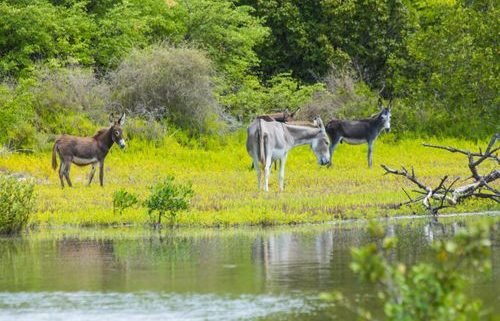