PORTLAND, Oregon (KPTV) — Portland is thought of by many as a bike-friendly city, but that’s not always the case.

One recent bike event that closed city streets saw at least one angry driver speed by bicyclists and alarmed both cyclists and organizers.

The confrontation happened at 130th Avenue and Southeast Market Street, which was a closed-off as a part of Sunday Parkways. August 22, the event brought out 15,000 people to ride bikes and have some fun in the sun. However, witnesses say the event turned dangerous at one point when a man in a pick-up demanded to be let through.

The person who captured the event on video says it looked like the driver slammed down a gun onto his dashboard after trying to get through the roadblocks set up to keep the roads clear for bicyclists.

FOX 12 asked Eric, a bicyclist heading through the intersection if he’d like to be biking near someone like that.

“Not ideally, Eric says. “No. That would not be my favorite situation. That’s definitely unnerving.”

For the last 15 years, Sunday Parkways has been encouraging Portlanders to get out and bike safely without many drivers on the road. However, closing off intersections sometimes leads to some angry drivers.

FOX 12 asked Gordon, a driver who was coming through the intersection the confrontation occurred, what he would do in a situation where a road is blocked off. “Turn around and find a new path!”

Another nearby driver added, “there’s no reason to go violent, like I’m going to kill you because you’re in my way.”

Although drivers FOX 12 talked to say they’d never go to an extreme, Eric says it’s something he’s run into time and time again.

“I’ve had people straight up try and hit me…,” Eric explains, “aggressively. They didn’t like that I was on the road.”

Jeremy, another local biker, adds, “I think sometimes cars are just going way too fast, and it’s better for me – safer for me if they’re going a little bit slower.”

Portland’s Bureau of Transportation, which hosted the event, says they are aware of the confrontation. PBOT also says even though the intersection was blocked off, it could have been used, and with a little patience, the man would have eventually been ushered through.

“Patience is patience,” Gordon says, “Portland is a biking community.” He also notes that he’s not entirely in favor of all the new bike paths because they can cause confusion for drivers.

Although PBOT says they do outreach to let the surrounding neighborhood know when Sunday Parkways is occurring, some neighbors say they wish they had a better heads up.

As for the confrontation, police say no direct threat was reported to them, but now that they’ve seen the video, they are asking East Precinct’s Neighborhood Response Team to follow up. 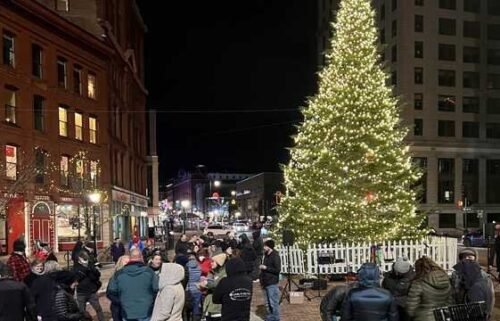 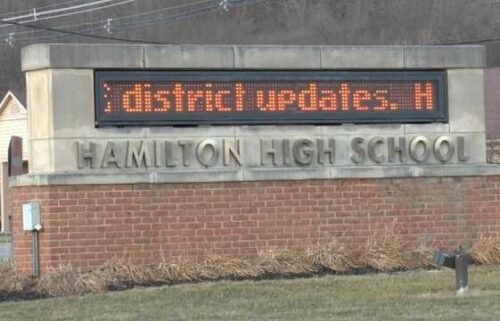