KANSAS CITY, Missouri (KCTV) — A teacher at Lincoln College Preparatory Academy High School has been placed on leave because of some controversial comments he made in class.

KCTV5 talked with a student with his mom’s permission and agreed not to use his name to keep strangers from contacting him. That student was in the class where it happened Monday. He said it came out of the blue 10 minutes into class.

“And then he kind of got a little emotional and said, ‘If I get fired for this, I don’t really care. I care more about you guys’ and then started to say stuff about how God loves us and he’s going to save us and how if you don’t, like, basically convert to Christianity, then you’re going to live a bad life,” the student recounted. “It was very uncomfortable.”

Students then started debating with the teacher, he said. He recorded a portion of the interchange on his phone and shared the video with KCTV, which goes as follows:

“He said that he thinks Muslims are wrong and that Mohammed was a terrible person,” the student recalled.

The principal sent an email to parents saying, in part, “Both LCPA [Lincoln College Preparatory Academy] and KCPS [Kansas City Public Schools] are committed to a school environment that is safe and welcoming for everyone, including honoring separation of church and state within our school community.”

The student KCTV5 interviewed was pleased with how the administration handled the situation, noting that he emailed the principal from class and the teacher was gone at the end of the next period.

“Our students deserve better than what they got, and we are so grateful to the students who came forward to make us aware of what was happening. Once our administrators were made aware, they went into the teacher’s classroom to observe. At that point the teacher was removed from the classroom and placed on administrative leave.”

“I’m pretty sure like 99% of everyone is agreeing that he should not come back to school for a while,” the reporting student said of the student body’s response.

He said there are a significant number of Muslim and LGBTQ+ students at the school, adding that — until yesterday — the teacher was well-liked for giving students a lot of creative freedom on writing assignments.

The district spokeswoman said any disciplinary action would come after an internal investigation, which began immediately.

The full text of the email to parents from the principal is below:

Please know that these comments are being investigated and reviewed. Both LCPA and KCPS are committed to a school environment that is safe and welcoming for everyone, including honoring separation of church and state within our school community. We will be working through this event and will communicate with you as decisions are made moving forward. 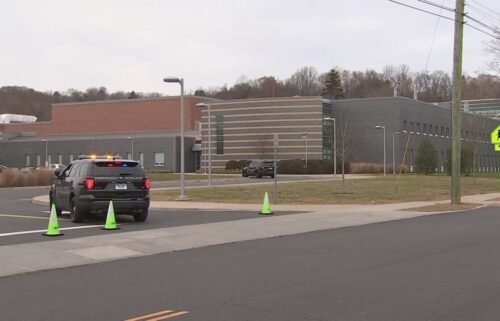 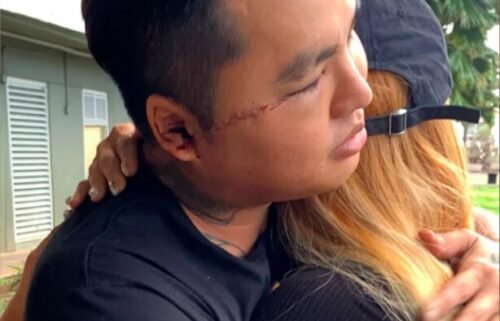