Tonight: The cold front that passed through the state is currently moving south into New Mexico and Texas, cooling most locations and kicking up wind gusts to 40mph. The winds will die off overnight with skies gradually turning mostly clear. Low temperatures to 28 degree sin Colorado Springs and 29 in Pueblo.

Monday: Morning sunshine with light winds but temperatures really won't warm very much through the day, only reaching 49 degrees in Colorado Springs and 56 in Pueblo. Which will make it only the second below average day of the month so far. Increasing clouds during the mid afternoon with moisture beginning to stream across the I-25 corridor after 6pm. Expect snow showers for locations above 7000ft like Monument and Woodland Park, then change over to a rain/snow mix for valley cities. Snow accumulation totals will be relatively minimal into Tuesday morning, with less than 2" across the Palmer Divide and Teller County.

Extended: A low-pressure system is basically going to stall out over Utah which will push moisture into Colorado nearly every day this week. With low temperatures slightly below freezing for Colorado Springs, it's possible during the early morning hours that the scattered rain showers turns over to snow. Snow accumulation on roadways will occur in the higher elevations as quick bursts of heavy snowfall are possible. Wet/slushy roads are much more likely in Colorado Springs. Stay tuned, active weather making for active forecasting. 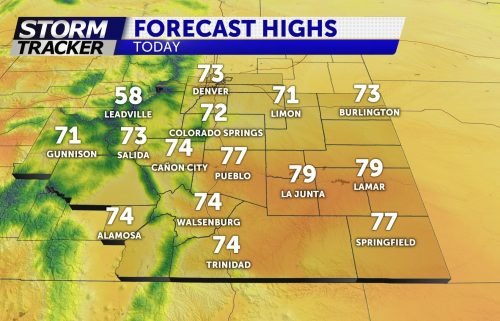 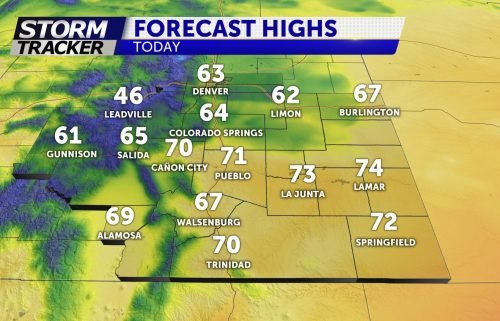 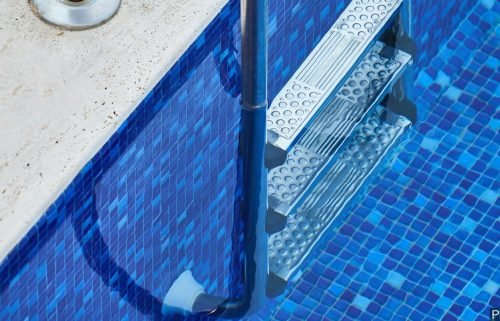 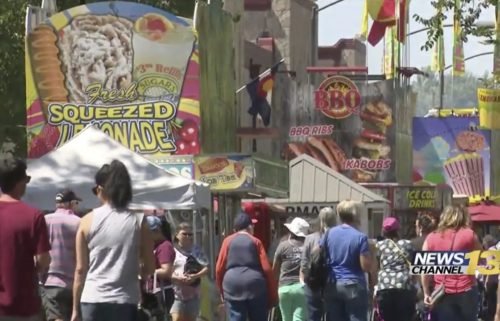