Tonight: Still hanging on to a few isolated showers and thunderstorms in central Colorado producing brief breezy winds and moderate rainfall, but nothing severe. Look for the precipitation to gradually tapper off and turn most clear overnight. After midnight is when the fun starts as a relatively strong cold front will move south through Colorado. Expect wind gusts anywhere from 30-40mph during the frontal passage and for temperatures to drop to the coolest they've been in Colorado Springs since July 1st. Hitting a low of 50 degrees in El Paso County and 54 in Pueblo.

Monday: Although typically with cold fronts you also see a transport of moisture, this will not be the case. Although, with temperatures nearing dew points across the I-25 corridor, don't be surprised to see areas of patchy fog during the early morning hours. Plentiful sunshine will warm temperatures to 74 degrees in Colorado Springs and to a comfortable 80 degrees in Pueblo by early afternoon. Scattered showers and weak thunderstorms will develop in the high country after 1pm and move east during the rest of the day.

Extended: Cooler temperatures remain in place for Tuesday with more of the sub-severe rain showers. Wednesday warms slightly to near seasonal averages but then another late week cool off will make the next 7 days overall feel like fall. 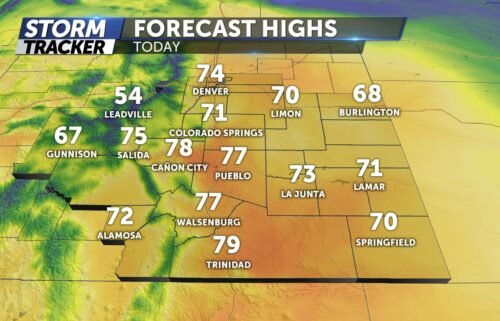 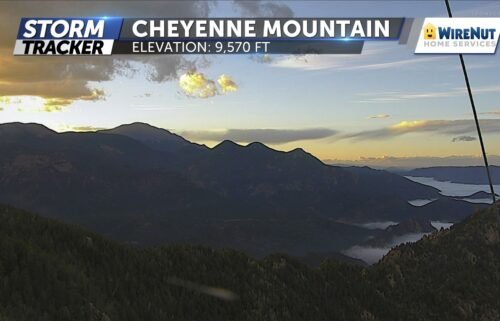 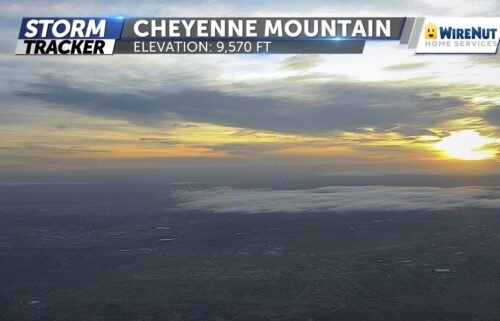