Tonight: Scattered showers and thunderstorms possible through the early evening along and west of I-25. Currently a moderate to strong thunderstorm is moving southeast through southern Douglas/northern El Paso Counties producing pea-sized hail, heavy rainfall, and strong wind gusts. The track of this thunderstorm will likely take it through northern Colorado Springs and towards the Falcon/Peyton areas. After 9pm the precipitation will gradually come to an end and turn mostly clear in central/southern Colorado.

Monday: Morning sunshine with temperatures warming to 89 degrees in Colorado Springs and 94 in Pueblo by early afternoon. Increasing clouds after 1pm with isolated showers and thunderstorms along I-25 during the early evening. The overall coverage and severity of the thunderstorms tomorrow will be low.

Extended: Entering into a warming and drying pattern in Colorado starting on Tuesday. Temperatures through the mid-week forecast will push into the mid 90s in Colorado Springs, nearing record highs. HWY 50 residents are in for triple digit heat starting Wednesday and carrying over into next weekend. 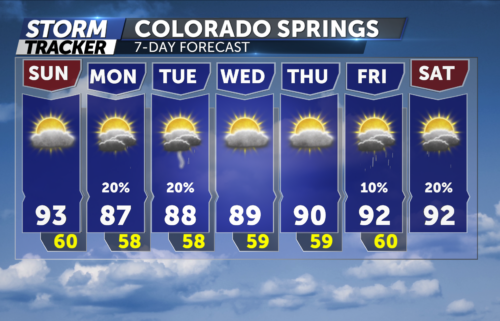 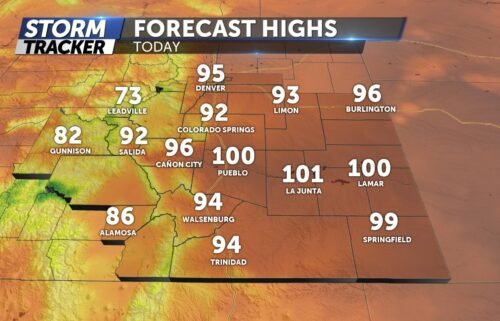 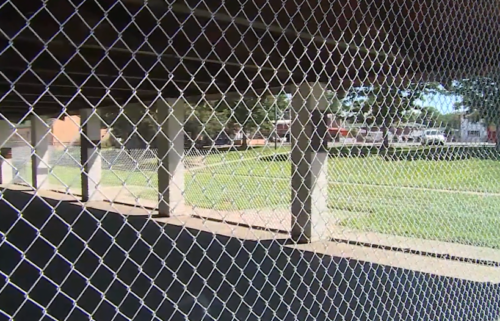 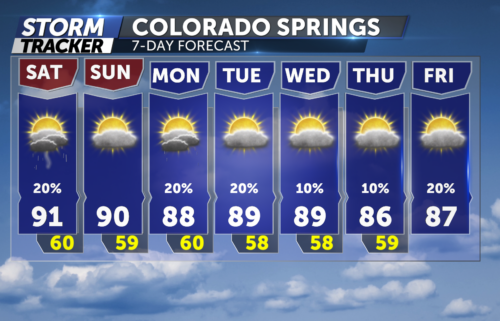