Golfing great Annika Sorenstam has defended her decision to accept the Presidential Medal of Freedom a day after rioters stormed the US Capitol.

Five people were killed as a result of the insurrection and authorities are investigating hundreds of people in connection with the events at the Capitol on January 6.

“I like to look forward, not spend energy on what could have been,” Sorenstam told Golf Channel when asked if she would act differently in hindsight.

“I’ve heard from a lot of people. You can imagine a lot of opinions, a lot of comments and I hear clearly what those people say. I know they see it differently. But I listen and I embrace them all.”

Sorenstam also called the Capitol riots a “dark day in America’s history” and added that she “share(s) the sadness and fear with everyone.”

The 50-year-old was awarded the Presidential Medal of Freedom, the nation’s highest civilian honor, earlier this month along with nine-time major champion Gary Player.

“I have always viewed it in the context of the people through history who have received it,” said Sorenstam, who added she was originally intended to receive the award in March 2020.

“As you know, it started in 1963 and it’s quite the impressive list of people … whether it’s from science or art or entertainment or sports.

“And it’s really about the people who make this world a better place.”

The PGA of America also announced it had canceled plans to play the 2022 PGA Championship at Trump National Golf Club Bedminster in New Jersey, saying it would be “detrimental” to the organization’s brand.

The Trump Organization called the decision a “breach of a binding contract and they have no right to terminate the agreement.”

The Swedish-born American Sorenstam, regarded as one of the game’s greatest players, retired from the sport in 2008 and was inducted into the World Golf Hall of Fame in 2003.

Last December, she was elected as President of the International Golf Federation, the body responsible for organizing golf competitions at the Olympics.

“I have received overwhelming support from the International Golf Federation,” she said.

“I’m going to continue to engage in developing golf around the world, create opportunities, open doors, and as the President of the International Golf Federation it’s all about promoting golf as a sport in the Olympics and the Paralympics.” 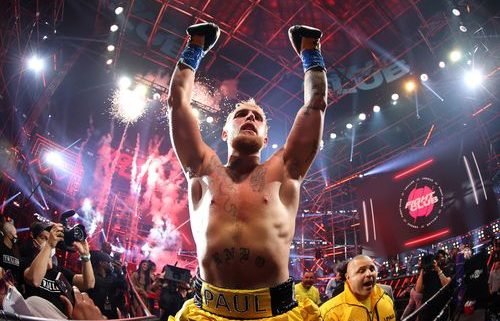