COLORADO SPRINGS, Colo. (KRDO) -- Of the city's two largest temporary overnight shelters for people experiencing homelessness, one is near capacity but the other still has plenty of space.

The Salvation Army's R.J. Montgomery Shelter previously had a capacity of around 200, mostly for single men but also including single women, veterans and a few families; however, the shelter is now transitioning into a facility exclusively for families.

The transition ends the long waiting line for beds that formed daily; former guests are now going to other facilities to find shelter.

Officials said that as snow accumulated and temperatures dropped into the teens Thursday night, the shelter was almost full -- having 13 families which included 38 children.

That number is expected to be around the same Friday night, officials said, with only a few beds available but that no family would be turned away without help finding other shelter.

"With the weather being so cold, we've temporarily changed our policy to allow guests to remain here during the day," said Doug Hanson, area coordinator for the Salvation Army. “We have activities for them, we have a family room for them where they can stay and play, and then a larger chapel area that converts to TV time, as well. So we make provisions for them, and give them a hot lunch.”

The renovation into a family shelter starts soon and is scheduled for completion this spring, doubling the current capacity by dividing the interior into nearly 30 sections for the privacy of individual families.

Karhi White, his wife and five children are staying at the shelter and said that he's thankful it was available after being evicted from the family's apartment.

"We had to spend one night in my truck," he said. "If we had to be out here now, I imagine there would be a lot of crying, and a lot of I'm very cold. So no, I could not imagine that at all."

Meanwhile, officials at the nearby Springs Rescue Mission said that they didn't exceed the capacity of 450 Thursday night and don't expect to do so Friday; the shelter is the area's largest and can make room for more people above capacity, if necessary, thanks to a recent expansion.

With the way Colorado Springs is growing, we try to look ahead," said CEO and president Jack Briggs. "We've thought about the areas that may not have been thought about before. What kind of capacity should we have for women, for example? We're thinking very seriously about how we would accommodate more women who might need more support or help in the community."

Briggs also said that the Mission is trying to change negative perceptions held by people experiencing homelessness -- perceptions that make many people reluctant to seek temporary shelter or other assistance there.

The Mission's expansion created several buildings where guests can spend the day to stay warm in adverse weather; those buildings also can serve as overflow sleeping areas if necessary.

Ursula Brown said that shelters are helpful for people who have difficulty finding long-term housing.

"It's difficult because I can't afford rent," she said." I have to have three times the amount of income to move in somewhere. It's just hard. It's really hard for me." 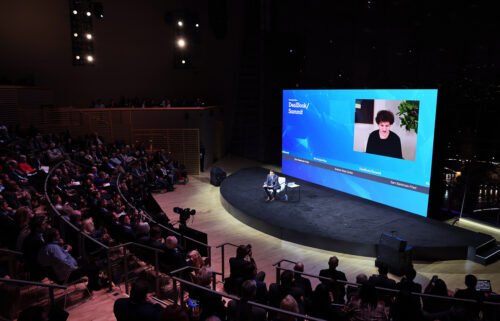 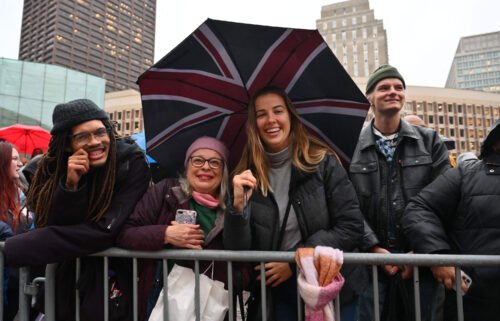