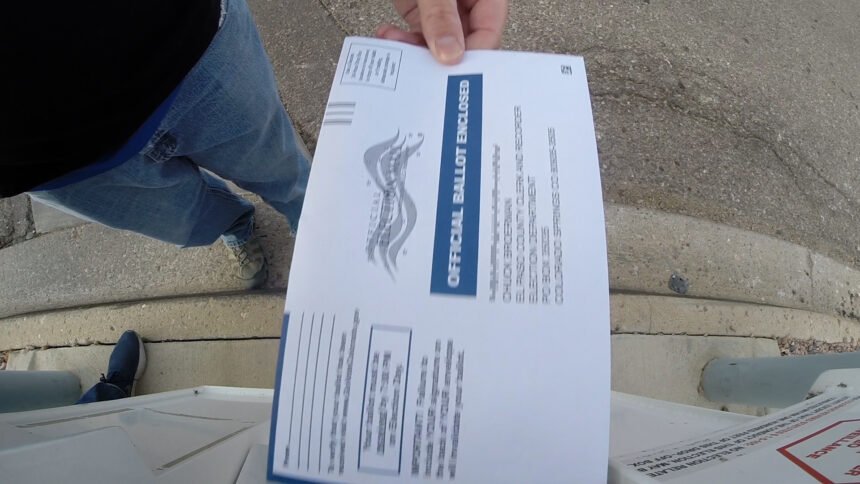 COLORADO SPRINGS, Colo. (KRDO) -- We are still two weeks out from Election Day but Colorado is seeing a record number of ballots already cast.

As of Wednesday, 1,102,021 ballots have been cast throughout the state of Colorado. That's over three times the turnout we were seeing at this point in 2016, though ballots did go out earlier this year.

Broerman said, “It does help us that we can process, check the signatures, verify, do the quality control checks and then get them over to tabulation starting later this week.”

In-person voting is also up. Broerman says that right now they are seeing seven times the number of people they normally would. However, with COVID-19 and the large number of people voting this year, Broerman strongly encourages mail-in voting or putting your ballot in an official dropbox.

So why is there a large increase in the number of early ballots? We spoke to voters to see why they are submitting so early.

Dennis McKinney said, “I think people just want to get it done. Make sure they get it in.”

While Vicky Vaga added, “This country offers this possibility of voting early and voting from home and being able to study your vote. Like you know how you would cast your vote, so it’s very convenient for us citizens.”

“It always comes down to ballot content. It’s the candidates, their platform, the issues surrounding those platform issues,” Broerman said.

You have until November 3 to get that ballot in, but the earlier the better.