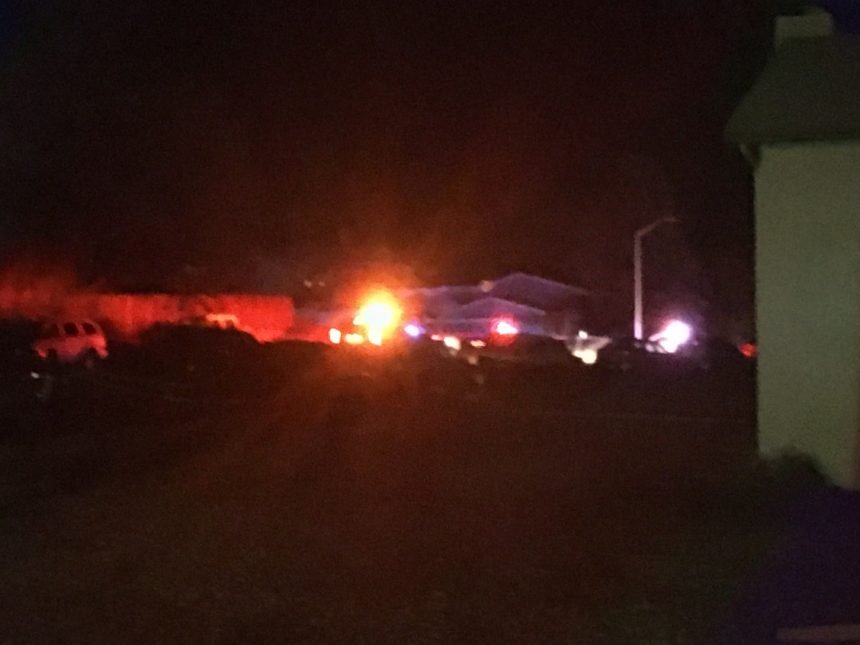 According to EPSO spokesperson Sgt. Deborah Mynatt, a woman had called 911 saying her husband was intoxicated and trying to harm her.

She later said he had gone outside the home in the 1000 block of Chiricahua.

When deputies arrived, they heard shots fired and found a man in the street matching the description of the husband.

The husband was given verbal commands to surrender, but did not.

Mynatt said when the man pointed a gun at the deputy, the deputy fired at least one shot and took down the man.

Mynatt would not say whether the man ever fired in the direction of the deputies.

The suspect's injury was described as non-life threatening.

The woman and a child in the home were safely removed unharmed.

Witnesses described hearing anywhere from 12-17 shots throughout the ordeal.

Per protocol, CSPD officers were called in to investigate the shooting.

It's unclear what charges the man will face when released from the hospital.

Stay with www.krdo.com for the latest on the shooting.