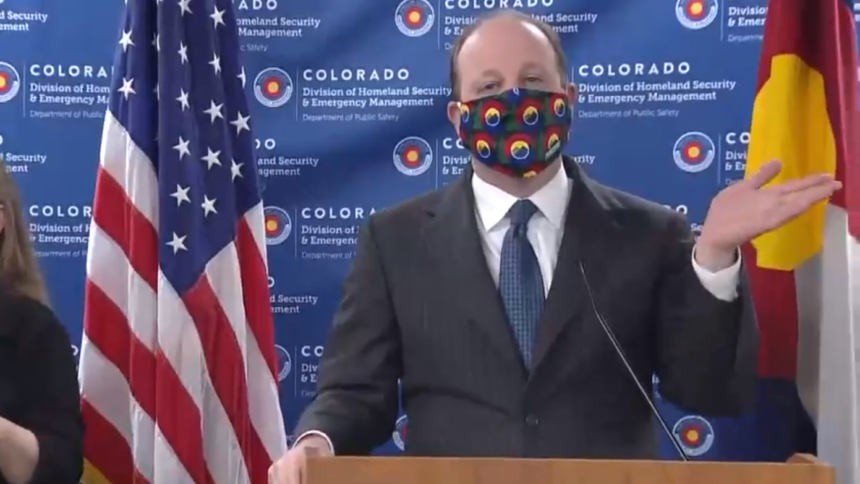 DENVER (KRDO) -- Colorado Gov. Jared Polis is giving an update and answering questions on the status of COVID-19 in the state on Wednesday.

We'll stream the news conference below.

As of Tuesday, 14,316 positive tests for the coronavirus have been confirmed in the state. State statistics say 736 people have died from complications with COVID-19.

Polis said that the state has been rapidly increasing its testing capabilities. He said that 58 days ago we could only do 160 tests per day, but now that capacity has increased 20-fold. The goal is 10,000 tests per day. “That's the plan, that's the supplies we have the visibility and confidence on to be able to set those goals," Polis says.

As of right now only people working at healthcare facilities like hospitals and nursing home can get tested if they show symptoms. But by May 15th, Polis says anyone who has symptoms can get tested. “It doesn't mean you have to or you want to," Polis says, "I mean if you are sick, 9 in 10 chance you won't need hospitalization, isolate your self get better but increase in availability is good.”

The Governor also discussed a new blood test that has already been implemented throughout the state that can detect if someone already had COVID-19. Polis says, “It could also be used to screen the blood of those who have recovered from COVID who can then donate their plasma wait for scientific research on a cure or vaccine.”

However, there are a few drawbacks with this test. Polis saying the test results don't show if the patient currently has COVID-19 and if they are contagious. He also said the market has been flooded with inaccurate and unvalidated tests. Something they plan on fixing.

Polis also said that he wouldn't let his order to suspend evictions expire at the end of April. The governor said he would extend the order and strengthen it to ensure that nobody is evicted through the month of May.