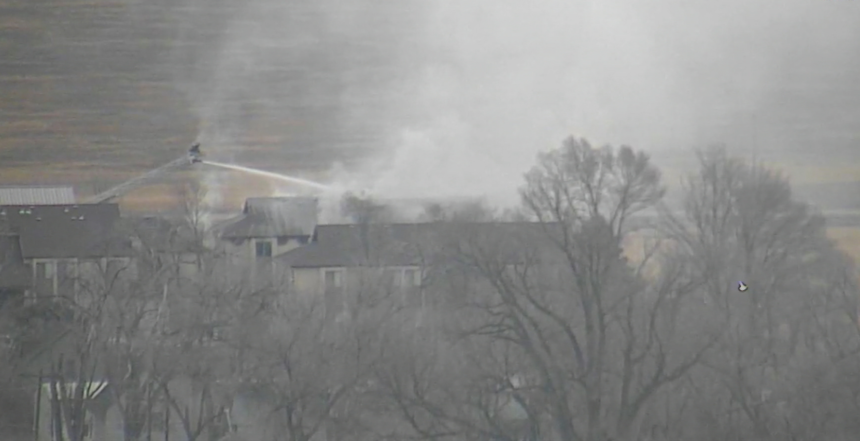 ORDWAY, Colo. (KRDO) -- A fire at an apartment complex in Ordway sent plumes of smoke into the sky Saturday morning.

The Crowley County Sheriff's Office confirmed to KRDO the fire was first called in around 6:40 a.m. at the Meadows Apartments on East 6th Street. Ultimately, the blaze took six regional fire agencies nearly five hours to put out.

A spokesman with CCSO says that two people suffered minor injuries -- a man experienced smoke inhalation and a woman sustained minor burns to her arm.

The 8-unit complex saw "significant damage" and appeared to be a "total destruction," according to the Sheriff's Office, although the official determination from building management hasn't been made yet. A total of nine people -- eight adults and one child -- are now displaced.