The pace of Covid-19 vaccinations in the US has risen steadily over the past three weeks, particularly in several Southern states with poor vaccination rates and strong hesitancy against the shot, according to a CNN analysis of data from the US Centers for Disease Control and Prevention.

With the recent increase of Covid-19 infections and hospitalizations in the US attributed to the spread of the more dangerous Delta variant, the seven-day average of new doses administered nationwide is 652,084 — up 26% from three weeks ago.

The vast majority of people with severe cases of Covid-19 are unvaccinated.

The spike in vaccinations is most striking in several Southern states that had been lagging in dealing with poor vaccination rates.

Alabama’s average, for instance, is more than double three weeks ago. The state has the country’s lowest rate of its total population fully vaccinated, at 34%. Gov. Kay Ivey on July 23 called out “the unvaccinated folks” for the rise in Covid-19 cases there.

Arkansas, with just 36% of its population fully vaccinated, also has seen its average daily rate of doses administered double in the last three weeks.

Louisiana, which had by far the most new cases per capita last week and only 37% of its population fully vaccinated, saw daily vaccination rates rise 111% compared to three weeks ago.

Missouri, also hit hard by the recent surge in new cases, now has a daily average of new vaccinations 87% higher than three weeks ago.

“I think the word is getting out,” said Dr. Howard Jarvis, medical director of emergency health at Cox Health in Missouri.

“We definitely have had an uptake in our area in vaccinations over the past few weeks,” he added. “We have reached out to people as a hospital and some of the thought leaders, religious leaders that maybe hadn’t been big proponents of getting vaccinated in the past, have stepped up and are doing so. So I think there is more willingness for people to get vaccinated.”

On Saturday, CDC data showed that 49.5% of Americans were fully vaccinated — along with 57.9% of people 12 and older, or the age group now eligible to receive the shots.

President Joe Biden on Thursday announced that every federal government employee and on-site contractor will be asked to attest to their vaccination status. Those who are unvaccinated face strict protocols including regular testing, masking, and limits on official travel.

CDC data showed the states reporting the lowest rates of people fully vaccinated, as a percentage of total population, are Alabama, 34%; Mississippi, 35%; Arkansas, 36%; and Louisiana, Idaho, Wyoming at 37%. 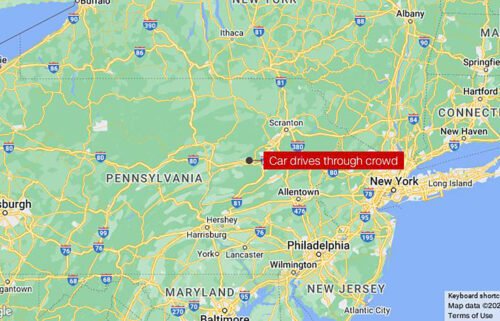