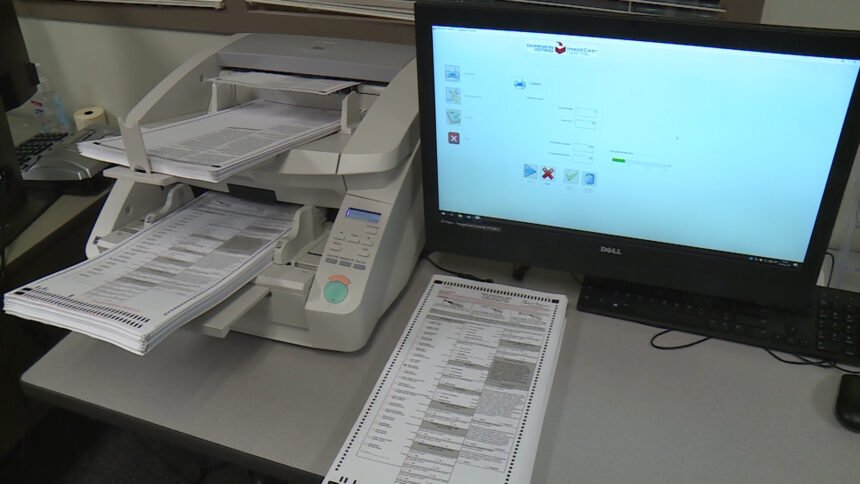 COLORADO SPRINGS, Colo. (KRDO) -- Over 430,000 Coloradans have already cast their ballots. Vote by mail is not a new system for us, but it is for many states adapting to election changes amid the pandemic. In fact, Colorado is one of only five states that was regularly voting by mail-in ballots before the COVID-19 pandemic.

So how did we become the national model, and be considered one of the safest and most secure states to vote?

Colorado has long been touted as a leader in election security and it all dates back to the 2014 election. The Centennial state was one of the first in the country to send mail-in ballots to all registered voters.

"Many people think you just print some ballots mail them out a count them," says El Paso County Clerk and Recorder, Chuck Broerman. "There is a lot of steps in the process to make sure we are doing things in a fair, transparent, accurate way and that we are doing it in a secure way."

With 12 elections completed this way, Broerman says it's a tried and true system. And a few years ago, the county's ballot counting machines were certified by a federal agency. The standard is to test 500,000 ballots with no more than one error. After they did that successfully, they kept adding another half million to that count to be tested.

"They said alright we are going to go one more step," says Broerman. "They went to two million so four times the ruggedness and robustness of the national standard is, still no errors and they said we could be here for years."

Colorado is also one of the first states to audit election accuracy. KRDO checked post-election audits for the 2014 and 2016 general and primary elections in El Paso County. Each of the audits show no discrepancies between the machine count and the manual hand count.

At the bottom of the page, the audit is signed off by a designated election official, and two canvass board members, one from each political party. Indicating the the ballots have been compared for further review.

To go one step further, risk-limiting audits began in Colorado in 2017 to shift the focus of auditing the machines to auditing the outcomes of elections. This change gives close races more scrutiny by examining a larger sample of ballots compared to the reported results. The process starts by selecting a risk-limit, which was determined to be 9% for the 2017 coordinated election. Meaning that if there are any erroneous winners in the initial results, the audit will catch at least 91% of them. During the 2018 and 2019 elections, the risk-limit was decreased to 5%. Meaning there was a 95% probability that the audit will discover an incorrect outcome. The lower the risk-limit, the better, because it shoes with confidence that the audit can detect errors. Election officials say they do these audits so they can reinforce to voters that rigorous protocols are in place, ensuring a fair outcome.

"Colorado is considered the safest state to cast a ballot in today and one large part of that is because of how dedicated we are to always innovating when it comes to cybersecurity and actually because of our use of vote by mail," says Secretary of State, Jena Griswold.

Griswold says she's been contacted by many election leaders from other states, seeking advice.

"I've been working across the nation with both Republican and Democrat Secretary's of State and urging them to expand vote by mail, to adopt drop boxes like we have, do signature verification like we do," says Griswold.

Griswold says the signature verification is one of the most important parts of mail-in voting in Colorado. The process starts with an election judge making sure the ballot is signed. And after that, ballot-counting machines will compare a signature on file for the voter, to the signature on the ballot. If there's a concern that the signature doesn't match, the ballot will be pulled out and election officials will investigate to make sure the signature belongs to the person voting. Most of the time it can be resolved with an email or letter to the voter asking them to provide another example of their signature and a copy of an acceptable ID before their vote is counted.