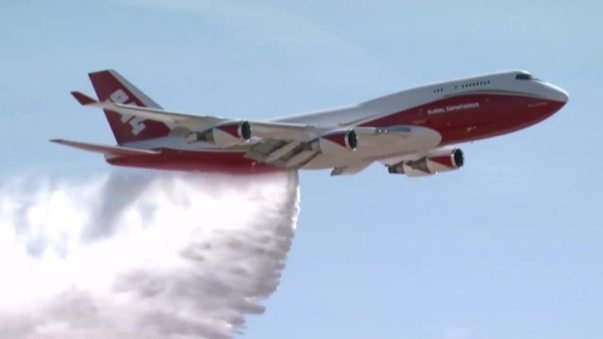 A Global Supertanker spokesman tells us that the 747 flew five missions Saturday over the Kincade Fire in Northern California.

The Supertanker is currently under contract with Cal Fire and flying out of McClellan Air Force Base in Sacramento. Dan Reese with the Global Supertanker says that the aircraft's missions are variable, and it could be deployed to any of the state's active fires at any time.

#SuperTanker is in the air for our initial Cal Fire sortie of this activation. https://t.co/jI3CJdKK5y

The Kincade Fire, which has prompted evacuation orders for some 180,000 people in the Sonoma County, is 30,000 acres as of Sunday has destroyed 79 structures.