CHAFFEE COUNTY, Colo. (KRDO) - The husband of missing Chaffee County woman Suzanne Morphew is charged with first-degree murder in connection with her disappearance. Barry Morphew, 53, was arrested on Wednesday, according to court documents.

Morphew was reported missing on Mother's Day in 2020. She was last seen near her Maysville home. Barry claims his wife went for a bike ride and never came back.

In the following months, numerous searches were conducted in Chaffee County, including at a development property in Salida. Morphew's family also coordinated their own searches.

A passerby caught video of the arrest on the side of the road, showing at least seven law enforcement vehicles behind Morphew's truck.

Spezze said in early April, the investigation presented to the 11th District Attorney's Office. A multiple-hour presentation gave all of the evidence and information collected, and the DA's office decided to move forward with the case.

"Today is not a day for celebration nor does it mark the end of our investigation," Sheriff Spezze said.

The arrest affidavit has been sealed, Stanley said.

Barry Morphew also faces charges of tampering with evidence and attempting to influence a public servant, in addition to the first-degree murder charge.

CCSO said last fall it had gotten over 1,100 tips about Morphew's disappearance, conducted 180 interviews, conducted at least 130 searches, and spent at least 4,000 hours investigating the case.

This is a developing story. Check back for updates. 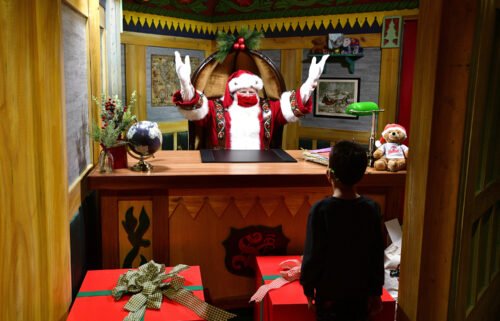