COLORADO SPRINGS, Colo. (KRDO) -- The family of 23-year-old Brandon Browne refuses to give up on his case after he was shot and killed on Thanksgiving in 2005.

His family still doesn't understand how it happened.

"I don't remember, not once, him having any enemies or anything like that. You know, like he just had a lot of friends that really cared about him," Browne's cousin, Joseph Martinez said.

He spent time with his cousins that Thanksgiving. As we went to leave, they remembered he did something strange.

"We never shook hands, or like hugged you know, we were cousins, we knew that we loved each other, but when he left at 8:30, he actually shook my hand," Martinez said. "That's weird. Like, we've never done that ever, and that was the last time I saw him."

His mom, Marla Browne, remembers he called around that day too.

"Something he'd never done before -- get on the phone and call all of his family members," she remembers.

His sister, Sheena Ibanez, said it was strange.

"He said 'goodbye', you know, but it's not like he knew what was going to happen to him," Ibanez said. "So spiritually, I thought he knew but didn't know."

He went out with friends to a club and ended up at Denny's in the middle of the night in northeast Colorado Springs.

In a busy parking lot, a single shot was fired, hitting Brandon.

His friends rushed him to the hospital, but he didn't make it.

Colorado Springs Police said he was shot from a car by someone who followed him and his friends from the club.

"There's a potential vehicle of interest. It was described as a dark-colored explorer or expedition. And back in 2004, some of the witnesses described it as new," CSPD Cold Case Detective Rachel Cruz-Rodgers said. "As far as Brandon as a victim, I mean, it doesn't appear that he was involved in anything that should have been close to caused his injuries to his death."

Brandon's family agrees, believing he was an innocent bystander. They wanted to shut down any rumors of this being gang-related.

His family has their own theories about what happened that night.

"I always thought that maybe they were showing off his gun, whatever in the parking lot, and accidentally shot Brandon because the story doesn't.. it doesn't fit," Brandon's uncle, Larry Martinez, said.

Detective Cruz-Rodgers is adamant that each of the friends Brandon was with that night was cooperative with the police. However, when asked if any of them were armed, she said she would not answer that question.

At this point, Brandon's family is hoping that enough time has passed that someone might be ready to come forward, especially those who were with him when he died.

His family refuses to give up.

"I'll tell you what, if my doctor told me I had six months to live, I'd solve that case, because I'd go to one of those friends... I know one of them, and I would find out who shot Brandon," Larry Martinez said.

"We're sure it was an accident, but tell us you know, I-I just don't understand why somebody wouldn't come forward with something," Marla Browne said.

As the year's pass, the loss doesn't get easier for Brandon's family as they pray someone will finally bring them closure.

"Maybe they will have some empathy and try to help us solve this case because it kills us to not know what happened," Marla Browne said.

If you know anything that might help solve this case, you can contact Colorado Springs Police by clicking here.

To remain completely anonymous, you can report tips to Crime Stoppers by clicking here. 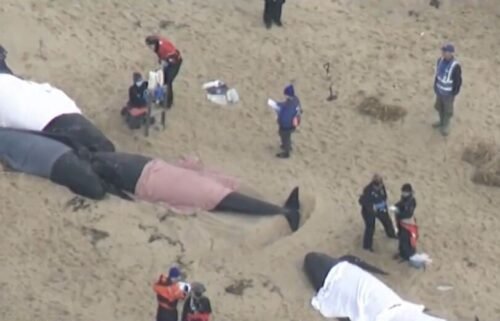