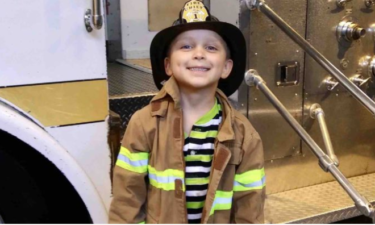 COLORADO SPRINGS, Colo. (KRDO) - Colorado Springs Police are asking for the public's help in searching for a hit and run suspect involved in a serious crash Thursday afternoon.

Police say a 2005 light green Cadillac STS with a Colorado license plate of BSUW67 fled the scene after striking a motorcyclist at West Colorado Avenue and 31st Street in Colorado Springs. Investigators say the Cadillac in question should have front end damage.

The crash happened around 2:15 p.m. on Thanksgiving when the suspect reportedly turned in front of the motorcyclist. The biker was seriously injured, but extent of their injuries has not been released by authorities.

Westbound traffic on Colorado Avenue was closed at 31st Street for over three hours but reopened about 5:45 p.m. Thursday.